Amazing halo in the firmament of Sydney 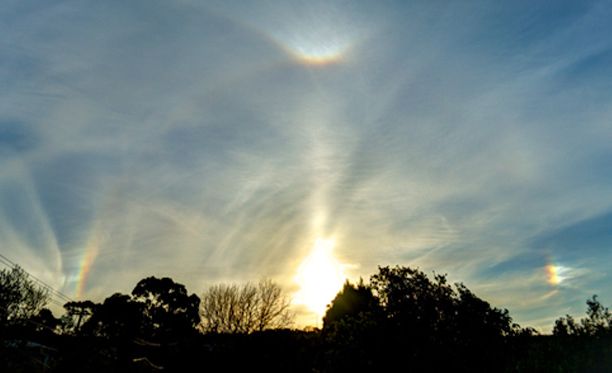 Something amazing happened in the sky over Sydney (Australia). The rising sun was preceded by a network of glowing curls, circles and arches. Photographed sunrise Adriano Massatani noted that this was the rarest moment. 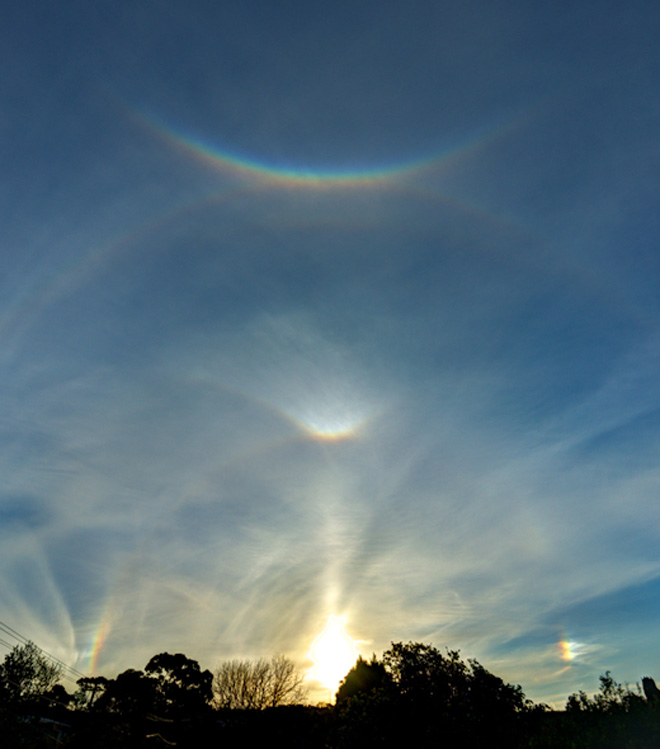 This halo, they are all caused by sunlight shining through ice crystals in cirrus clouds. Usually the halo shapes are simple, but in this case the sky was crossed by an unusual halo. In the photo we see a 22-degree circle, a 46-degree circle, the Parry arc, an arc, a parhelion and several others. And that is not all! According to Masstanyi, later he managed to see a complete pagelic circle – he dreamed of seeing him for many years.

Pargelius (false sun) is one of the halo species that looks like a bright iridescent spot at the level of the Sun. It arises as a result of the refraction of sunlight in anisotropically oriented ice crystals in the atmosphere. A similar phenomenon may occur in the moon – the parselen. The earliest image of the Parghelia in painting dates back to 1535. Sometimes there can be a parcelic circle – a bright, sometimes iridescent circle, which at the level of the sun skirts the entire sky parallel to the horizon.

The variety of halo, witnessed by Massatani, was caused by a corresponding variety of ice crystals, which have rare, almost “jeweler” perfection, as well as their unusually precise alignment. What is the probability of such conditions? No one knows. In Sydney, definitely, was a happy day.