An elderly Indian came into contact with a leopard and won 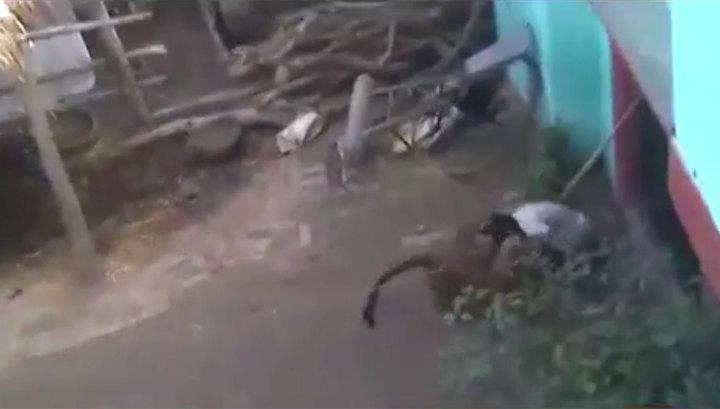 On the Internet there was a video of a duel between a 60-year-old Indian peasant and a leopard female attacking his village and already injuring several people. After several tens of seconds of a fierce battle, the man managed to fight off the predator and drive him away.

The recording was made by witnesses from a safe distance eyewitnesses a few days ago in the village of Khairy in the state of Uttar Pradesh, reports the Daily Mail.

The leopard female crept into the village with her cubs. She managed to attack one of the peasants, as well as a 50-year-old woman, who was sunbathed in the courtyard of her house.

After that, the predator was in the yard of a 60-year-old farmer and attacked him. Despite the fact that the animal tried to knock the man down and jump to his chest, the peasant managed to drop the leopard.

After this, the man grabbed a stick standing in the doorway and with its help drove the beast away. As a result, the predator retreated to the nearby sugarcane field.


The specialists who arrived on the call of the brigade for the capture of wild animals, unfortunately the locals, could not find it. Affected peasants were sent to the district hospital.