An unusual plant was found at great depths 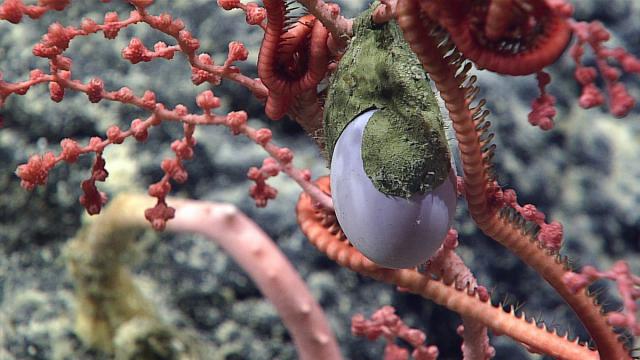 An unusual plant was discovered by NOAA scientists at a depth of 1840 meters. It had a pink color and resembled a snake that caught a white chicken egg. The image was taken by a deep-water vessel on an Okeanos Explorer research vessel, not far from Baker’s atoll in the Pacific Ocean.

Scientists have turned on the twitter page to biologists with a question to clarify what it could be. Users jokingly suggested that it could be an egg of the cephalopod mollusk, an Easter egg or a variety of shells.