Antarctica can become a green continent 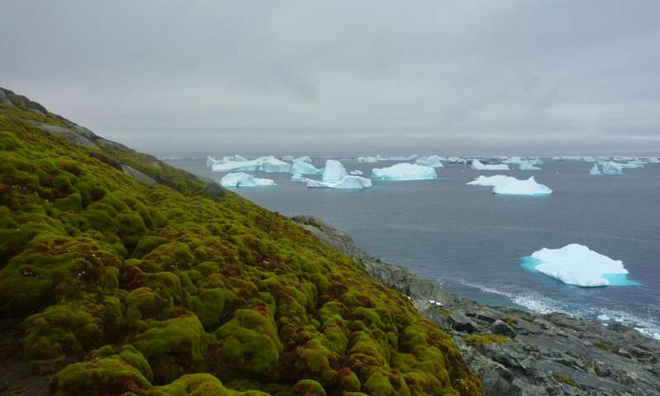 The vegetable world of Antarctica today occupies only 0.3% of the continent’s territory. But researchers studying mosses recorded a sharp increase in biological activity in the region due to global warming.

The team used moss samples well preserved in the cold conditions of Antarctica. They tested five samples from three sites and found that over the last 50 years, major biological changes have occurred on the Antarctic Peninsula.

The maintenance of weather records began in the 1950s, but the moss chronicle can provide a longer-term report on climate change. Scientists have analyzed the data for 150 years and found explicit evidence of “points of change” over the past half century (the periods of time after which the biological activity has clearly increased).

“The sensitivity of moss growth to previous temperature increases suggests that ecosystems will change rapidly under the influence of future warming, which will lead to serious changes in the biology and landscape of this cult region,” said Professor Dan Charman, who led the research project at Exeter University.

“Despite the variability in our data, the consistency of what we found on different sites was amazing.” According to the research group, which included scientists from the University of Cambridge and the British Antarctic Service, their data suggest that plants and soils will change significantly, even with a slight further warming.

The data on the consequences of warming for the continent show that if the climate continues to change and the glaciers retreat, releasing more land, then the Antarctic Peninsula will become a much greener region in the future.

A study article entitled Widespread biological response to rapid warming on the Antarctic Peninsula was published in the journal Current Biology.