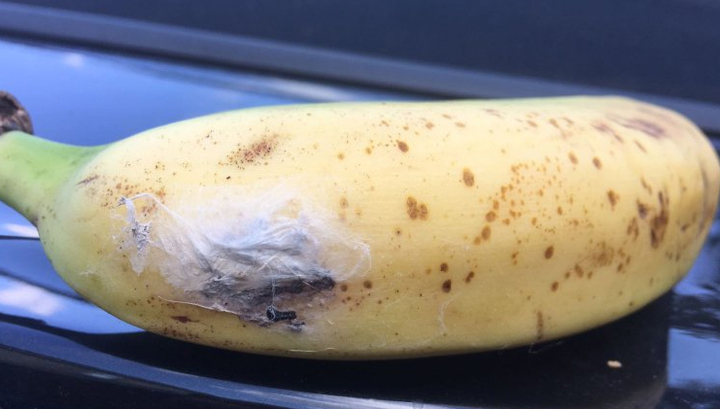 A resident of the British city of Milton, Debbie Campbell almost fed her half-year-old daughter Elbe banana with the eggs of the Brazilian wandering spider, one of the most poisonous representatives of this species of animals on the planet. A deadly product the woman bought in a local supermarket network Tesco, reports Metro.

Campbell pricked up when she saw the strange white marks on the banana. Turning to help the Internet, the British almost fell into a swoon – strange spots were traces of nests of the Brazilian spider.

“I cried, then I called my partner and asked him to convince me that my guesses are wrong.” After that, I collected all the vegetables and fruits bought that day in the store and carried them back. “I was horrified,” she said. Campbell.

Representatives of the Tesco chain of stores said that they sell tens of thousands of fruits every day, which are checked before they go to the counters.

“Cases like Campbell could be due to the fact that our products are fresh.We apologize to Debbie and begin investigating this incident,” Tesco said.

It is not yet known whether anyone suffered as a result of eating products with foreign poisonous elements.