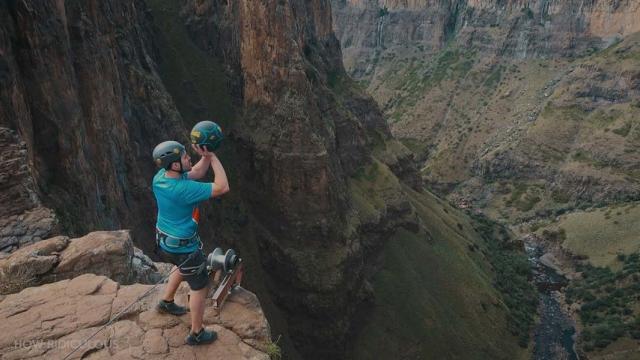 Team member How Ridiculous Derek Heron from Australia was in the Guinness Book of Records. He managed to throw a basketball in the ring from a height of 201.4 m.

The current record was set in Lesotho in southern Africa. The ball was thrown from the cliff at the waterfall Maletsyusneane.

How many attempts have been made to establish a record, is not reported. It is known that the team stayed at the waterfall for 6 days.