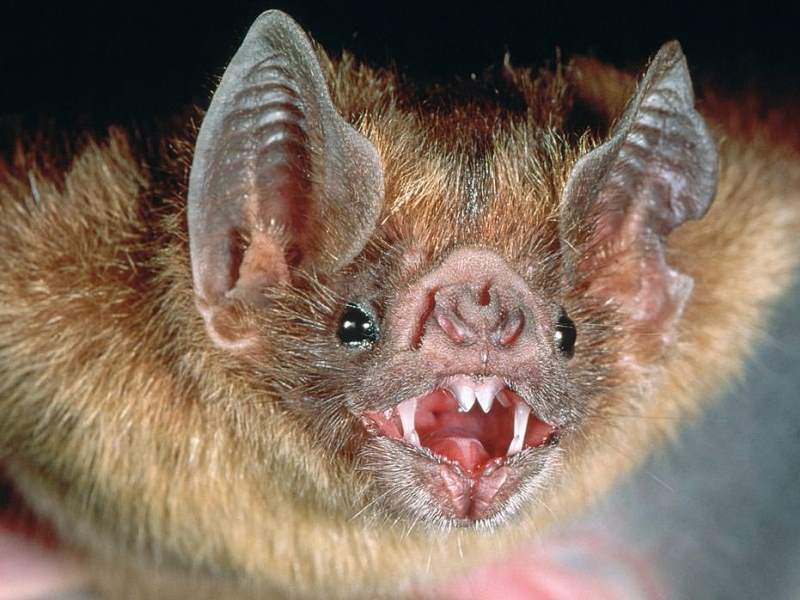 Something in the wild world is happening: some animals turn to a person for help, while others show unheard of aggression. Bats, avoiding until recently any contact with people, began to attack them.

In nature, there are three types: an ordinary vampire (desmod) – the most numerous and famous, white winged and meadow-legged vampires – the only species. They live in Central and South America. Desmodes usually feed on blood of both animals and birds, and white-winged and meadow-legged vampires prefer the blood of the birds. Bats do not know how to store fat, so do not eat for future use. If there are not enough birds, then they are looking for another source of food. Apparently, in search of new food, vampires began to bite people.

Brazilian biologists have confirmed the new “taste” quality of animals, analyzed the DNA of the mohawk vampires living in the Katimbau national park. Scientists were surprised by their discovery: this species was not previously adapted to feeding blood of warm-blooded mammals. It seems that the situation in the region has deteriorated so much that vampires are beginning to adapt to the ongoing environmental changes in the environment and are looking for new sources of food to survive, according to Acta Chiropterologica.

This discovery, according to scientists, points not so much to environmental problems, and more to the protection of human health. Bats often act as carriers of dangerous and contagious diseases, for example, dengue or Ebola fever. Their transition to human blood at times increases the risk of spreading epidemics. In the meantime, biologists advise local residents not to sleep outdoors and to protect windows and doors with nets.

By the way, on the vampire’s nose, there are special thermal “sensors” that help him to find blood vessels located under the skin of the animals. In addition, his sensitive ears easily catch even quiet sounds, published by a sleeping victim. He silently descends a few meters from the victim, sneaks on all fours, makes sharp incisions on the skin and drinks blood. Small blood loss does not cause harm to the victim, but with the vampire’s saliva, pathogens of dangerous diseases can enter the bloodstream.