Between Egypt and Ethiopia, the war for water may begin 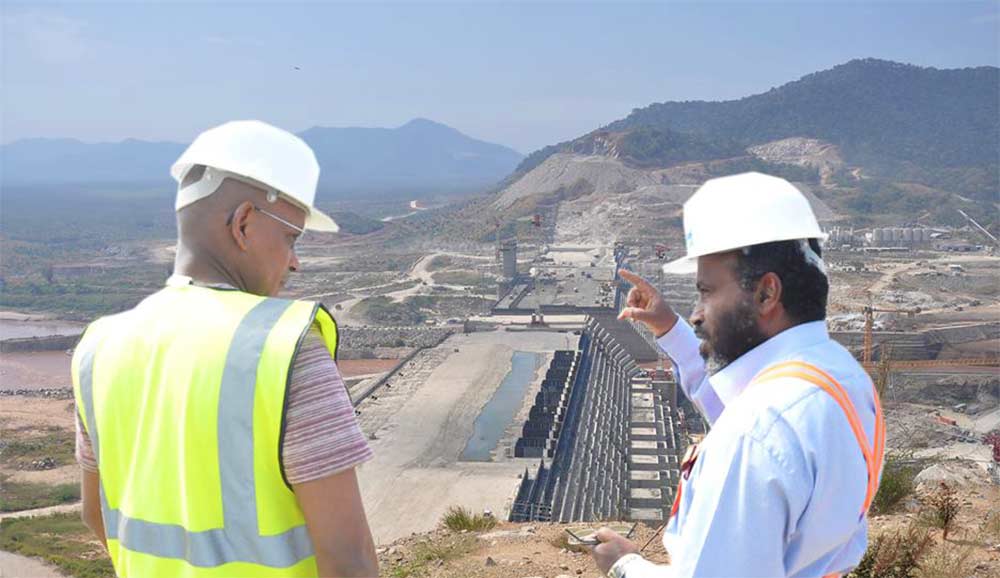 The new year 2018 can bring new challenges to Egypt. Under threat was his quota on the use of the water of the Nile, which for seven thousand years gives life to the Land of the Pyramids. Already this summer, the “Renaissance” dam that Ethiopia builds on its territory in the upper Nile can become an unpleasant reality for Egypt, and in Cairo seriously fear that after its commissioning the volume of water entering the Egyptian territory will be significantly reduced, which will lead to its shortage.

Question of life and death

“I assure the Egyptians that no one will be able to encroach on our part of the Nile water,” Egyptian President Abdel Fattah al-Sisi promised late last year.

He said that Cairo recognizes Ethiopia’s right to develop electric power, but states that “for Egypt, the water of the Nile is a matter of life and death.”

The optimistic statements of the Egyptian leader were made after it became evident that the next round of multi-year talks with Ethiopia on the water issue was a complete failure. The parties have not managed to agree on either the volume of water in the reservoir of the new dam “Vozrozhdenie” or the pace of its filling.

Egyptian Prime Minister Sherif Ismail in his assessment of the situation around the Nile was more cautious, believing that henceforth “any options for the development of events are possible.”

As experts admit, Cairo has not so many ways to influence the realization of the “Ethiopian dream.” Political pressure is unlikely to help stop the construction of the century in Ethiopia. It is possible, of course, to appeal to the UN to create a special commission on the distribution of Nile water, but its conclusions will in any case be merely advisory. Egypt can also complain to the International Court of Justice. However, cases there are considered for years, and by the time the verdict is delivered the dam will be completed and put into operation. A forceful decision – an extreme measure – has not yet been seriously considered.

Where the Nile is Flowing

Since 2012, Ethiopia has been implementing a large-scale project for the construction of the Vozrozhdenie dam on the Blue Nile, which, scheduled for 2018-2019, will inevitably affect the water situation in the downstream Sudan and Egypt, as experts admit. Since the beginning of the construction, Egypt, Sudan and Ethiopia have already held more than a dozen meetings to resolve issues of water distribution and the launch of a new facility, but they all ended in nothing.

Ethiopia explains the construction of the HPP on the Nile very simply: a country with a developing economy simply needs a new stable source of electricity (the declared capacity of the Ethiopian HPP will be about six thousand megawatts). The hydroelectric power plant on the Nile, which will become the largest in Africa, will enable this country not only to fully supply itself with electricity, but also sell it to its neighbors. At the same time in Addis Ababa assure that they are not going to infringe the rights of Egypt and Sudan. However, in Cairo the problem is seen differently.

The key problem of the negotiations is the time during which the reservoir of the Vozrozhdenie dam will be filled.

“The faster the reservoir will be filled, the more negative consequences will be for Egypt,” the expert explained. According to him, Egypt suggested gradually filling the reservoir for 10 years, for which 74 billion cubic meters of water is needed. Ethiopia is going to do it in just three years. If this goes on, then Egypt and Sudan will be missing 25 billion cubic meters of water in one year.

Egypt, which currently chooses its quota of 55.5 billion cubic meters of water a year, insists on maintaining its “historical rights” to the water of the Nile, guaranteed by international agreements of 1929 and 1959. These documents give Egypt and Sudan the right to 87% of the Nile waters.

As for the pace of dam construction, they depend, first of all, on the financing of the project. According to the expert, Ethiopia has already allocated 4 billion dollars for the construction of the HPP, But its total cost may reach 8.5 billion. “Most likely, it will be put into operation in the summer of 2018 during the rainy season – this is an ideal time to start its operation,” Nur Ahmed Abdel Monem believes. In extreme cases, its launch can be postponed for 2019.

In any case, the expert sees no indication that Ethiopia wants to cooperate with Egypt on this issue. “Ethiopia is dragging out negotiations, while the construction of the dam continues,” he added.

All life along the Nile

The Blue Nile, which originates in Ethiopia, merges in Khartoum with the White Nile, and then the Nile River flows through the Sudan and Egypt and flows into the Mediterranean Sea.

The Egyptians have historically lived only on an insignificant part of the territory of their country – in the valley and delta of the Nile with their fertile lands. The rest of the territory today, like thousands of years ago, is inhabited little or not at all. Arable land is almost 90% dependent on the water of the Nile. The high-rise Aswan HPP, built in Egypt on the Nile with the participation of the USSR in 1971, still supplies the country with electricity. In the south of Egypt along the river floating hotels with foreign tourists, which bring significant income to the treasury.

The whole settled life of Egypt can be threatened if the water level in the Nile falls after the launch of the Ethiopian “Renaissance”.