Bilderberg have gathered in Dresden 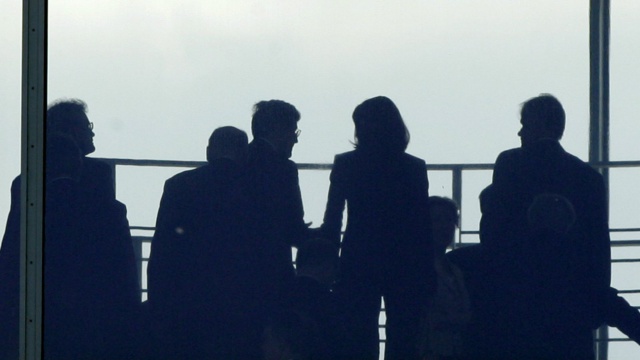 The members of the Bilderberg club, whose meeting behind closed doors for over half a century are the reason for all sorts of conspiracy theories, once again, to compare notes on major issues for the globalist agenda of Western elites.

In 2016, the venue of the meeting invited “Bilderberg” was the Dresden. Among the guests this year the participants of the meeting: managing Director of the IMF Christine Lagarde, Minister of defence of Germany Ursula von der Leyen, Chairman of the Board of Directors of Investor AB Jacob Wallenberg, CEO of Royal Dutch Shell Ben van beurden, CEO of Airbus Thomas Anders, former U.S. Secretary of state Henry Kissinger, CEO of Alcoa Klaus Kleinfeld, CEO of Palantir Alex Karp, the former commander of NATO forces in Europe Philip Breedlove, ECB Executive Board member Benoit coeure, CEO of Deutsche Bank John Cryan, CEO of BP, Robert Dudley, chief editor, Bloomberg John Micklethwait, editor in chief of The Economist Zanni Minton, Bedos and a number of other figures.

Claimed to discuss topics traditionally vague and give only approximate information:

What exactly will include the discussion of these topics? Perhaps the continued relevance of geopolitical pressure on China (South China sea), the worsening of trade relations (in terms of protective tariffs on Chinese steel from the US and the EU), exacerbation of risks of European integration on the background of the immigration crisis, continued pressure on Russia amid growing rejection of sanctions by the parliaments of European countries, the presidential campaign in the United States and the nomination of Donald trump from the Republicans, the growth of social tension in Europe against the background of attempts of reform, the situation on the oil market and so on and so forth.

As always with the Bilderberg group, it’s all speculation. While it is important not for what happens behind closed doors.

The fact that over the last 60 years meeting of the representatives of authorities, heads of major banks, energy companies, defense corporations, the major media of Western countries leaves no aura of secrecy, paranoia and speculation, does not add fans to the “Bilderberg”. Each meeting of the club rather doomed to misunderstanding and disapproval than any positive reaction from the public.

The composition of participants varies, but the content of the meetings each year raises many questions. Descriptions of the meetings in the Bilderberg only adds fuel to the fire:

Founded in 1954, the Bilderberg conference is an annual meeting designed to foster dialogue between Europe and North America. Each year approximately 120-150 political leaders and experts from various sectors are invited to participate in the conference. About 2/3 of delegates is in Europe, and the rest from North America. Approximately 1/3 of politicians and officials”.

“These meetings do not advance the desired outcome, the content is not recorded, and their results are not compiled reports. Moreover, not offered any solutions, not going on any ballot, and not to make any political statements.”

Daniel Estulin, author of the acclaimed bestseller “Who rules the world? Or the whole truth about the Bilderberg club,” describes a meeting as “meeting the shadow world government… threatening to take away our right to control our destinies by creating a disturbing reality”. “Imagine a private club where presidents, Prime Ministers, bankers and generals are very close, where people who wage war and influence markets, they say what they never dare say publicly,” he said.

The vast majority of “Bilderberg” represent the interests of global capital. They are not accountable to the population of countries. They discuss issues that directly relate to many people, produce a “Bilderberg” line, which will arrange in the first place companies, banks, industrial groups and larger conglomerates they work for. Anyway, this is truly one of the existing prototypes of the “gray” world government that nobody elected and whose decisions have a significant impact on the fate of the world. 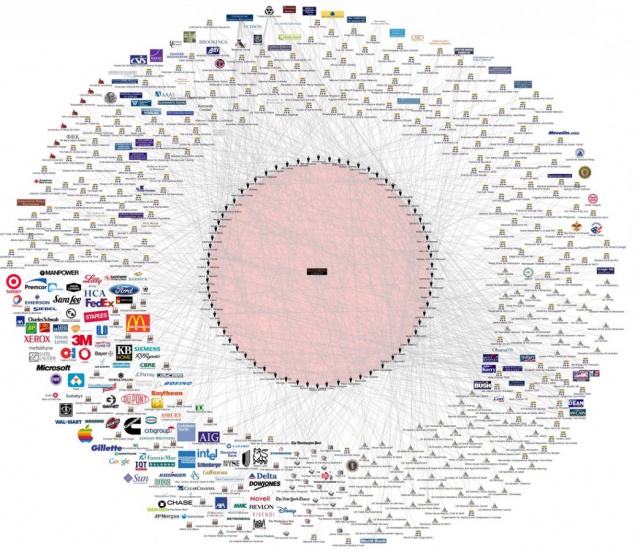 Of the company and of the group of companies represented among the participants of the Bilderberg club.

Convincing of the need for “transparency” and “inclusiveness” business and the authorities of other countries in the management and decision-making, the participants of the Bilderberg club serves a rather dubious example.

Until the proponents of unfettered globalization, trade unions with the secretive conditions and closed elite clubs will continue to play these games, it is hardly surprising that they remain far from the people, many of whom perceive them not only as people, but also including, as active collaborators, whose “greatest trick is that he convinced everyone, though it doesn’t exist”.