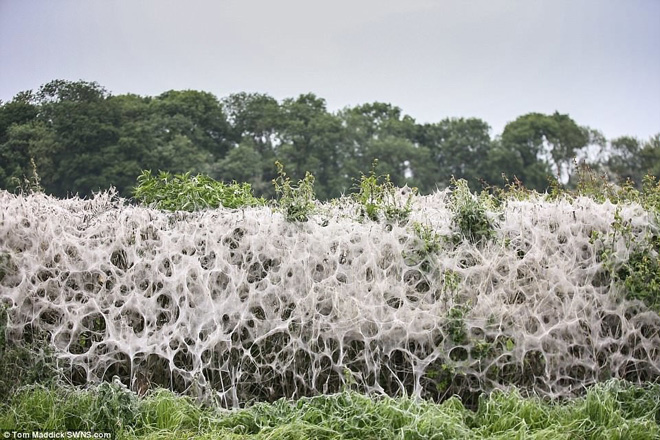 Terrible and at the same time delightful photos show a huge web that covered trees in Rockingham Forest in the UK. The chilling heart picture, which would have become an excellent background for filming a horror film, is the result of the “work” of tiny caterpillars.

First, the webs are small and invisible to the human eye. But the larvae grow, and with them the size of the web increases. The silk blanket protects the caterpillars while they are in the pupal stage. The web provides caterpillars with a safe “house” where they can feed on foliage until they are full.

Gornostayevaya moth lays eggs on plants in early April. Later the eggs turn into caterpillars, which produce a web over their dwelling, protecting themselves and their food source.

Web-based landscapes can be observed in the UK almost every spring. However, this year the activity of caterpillars reached an incredible scale. Scientists suggest that the intensive growth of insects contributes to warm weather in the country and global warming in general.