Buried on the beach in Australia, the whale had to exhume 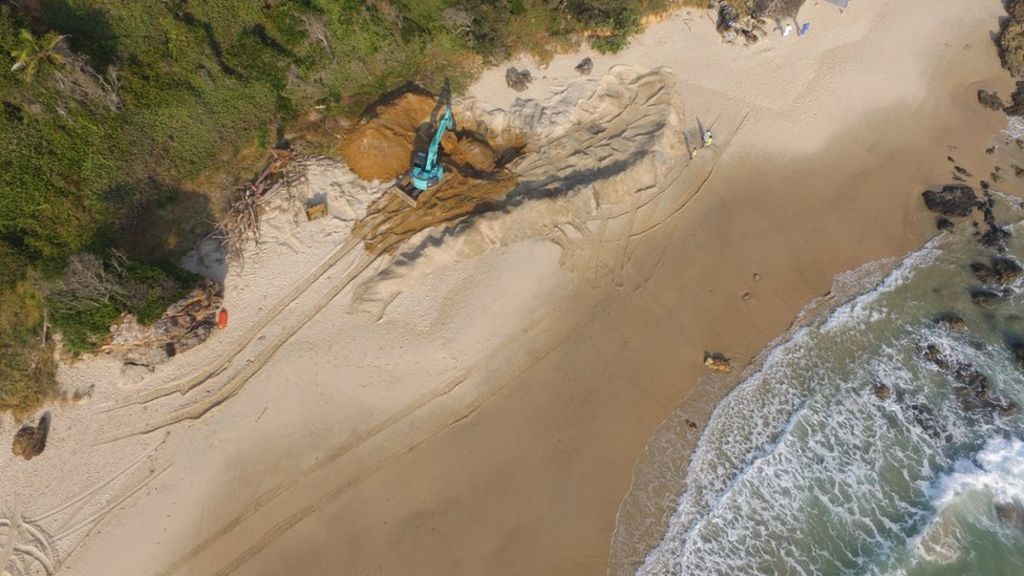 Last week on the beach of Nobbis in New South Wales on the shore washed the humpback whale, which landed in a fishing trap. Local authorities tried to drag the carcass back into the sea, but because of the huge size of the animal (12 m in length) this proved to be a difficult task. As a result, the whale was buried right on the coast, but it attracted sharks to the busy beach, and had to exhume.

According to the statement of the Marine Rescue Service, the trap found attached to the whale was from Tasmania. Probably, the unfortunate was entangled in it, when he migrated from his summer retreat in Antarctica.

From a scientific point of view, it is unclear whether buried dead whales can attract sharks. But, according to Yahoo 7 News, after the whale was buried in the area, at least 21 sharks were seen. Because of the influx of predators, classes at the surf school were interrupted, and vacationers began to collect signatures to remove the carcass from the beach.

“Under increasing public pressure, the state government allocated $ 50,000 to finance the disposal of the decaying animal. It was a complex process involving gear excavators that separated the carcass, and a massive crane that raised the remains from the beach, after which they were sent to the test site, “AFP writes.

According to experts, humpback whales make an annual migration up to 10 000 km from Antarctica to the east coast of Australia.