California Mountain, drowning in the fog in the photo with the ISS

Astronauts aboard the ISS took pictures of Mount Shasta, when they flew over Northern California at different times of the year. By its nature it is a stratovolcano consisting of alternating layers of lava and ash from previous eruptions. It is located in the wild desert area of ​​the national forest of Shasta Trinity and is part of the Cascade Mountains system. 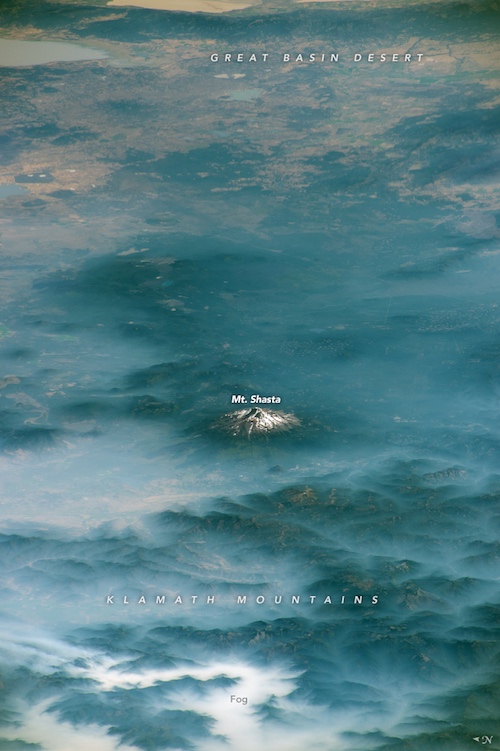 In the first picture, Mount Shasta towers above the clouds of fog that envelops the valleys of the Klamath mountain range. Behind it extends the northeastern part of California, where the desert of the Great Basin meets the Cascade Ridge. Located at an altitude of 4,322 meters above sea level, the mountain of Shasta, as a rule, is covered with snow all year round. The photo was taken in August 2017, when most of the snow cover melted.

A snapshot of the mountain peak, obtained in April 2018, shows a much more abundant snow cover, through which stones are occasionally seen. 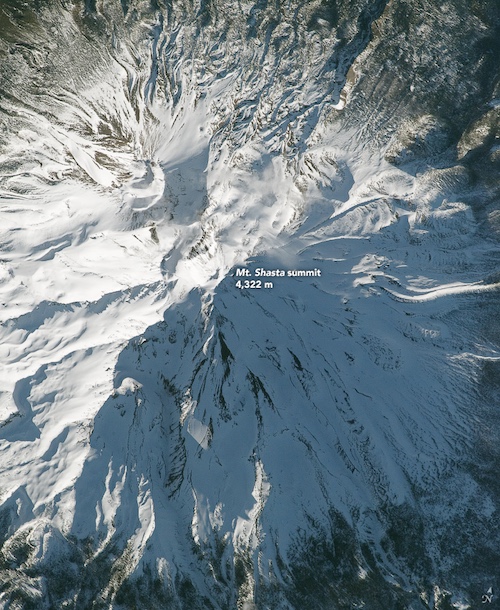 Shasta is an active volcano that erupts at least once every 800 years during the last 10,000 years, with an eruption frequency of about 250 times in 250 years in the last 750 years. The area around the volcano is affected by lava, pyroclastic flows, lahars, landslides and earthquakes. Mud flows, called lahars, pose a significant danger in river valleys near Shasta, which can act as channels for landslides. However, despite the risks, the mountain peak is quite popular among skiers and climbers.