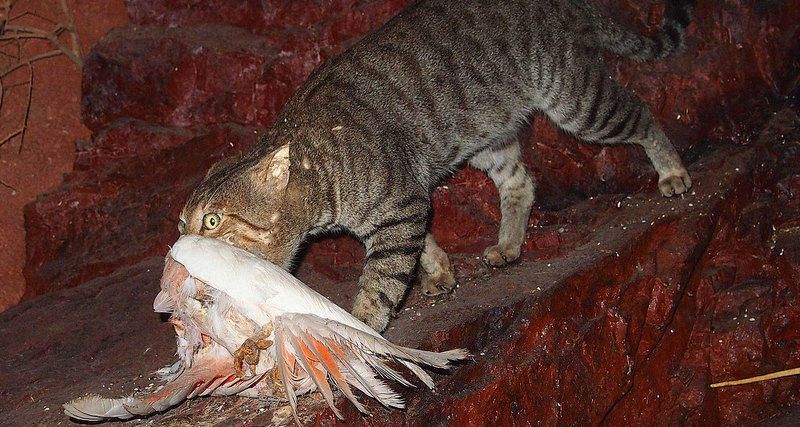 According to a study published in the journal Biological Conversation, homeless cats kill 316 million native birds annually, and domestic cats kill 61 million. According to the lead author of the work of Professor John Woinarski, the fact that cats prey on birds is not surprising, but the extent of the phenomenon in Australia is appalling: it has a significant impact on the reduction of populations of different species.

In the new study, the specialists used data from approximately 100 works performed by scientists across Australia and assessing the density of cats’ resettlement. The authors also studied 100 works in which the diet of these animals was studied.

Scientists have found that cats kill 338 species of birds – this is almost half of all Australian bird species. Among them there are 71 species under threat of extinction: this is, in particular, a blue-chested mottled flutist, a partridge stone pigeon, a night parrot. Specialists also found that most of the victims of cats are middle-sized birds that nest and search for food on the ground, as well as birds living in inaccessible islands and in arid regions. (In this case, not only birds suffer.) It is believed that homeless cats killed entire populations of some mammals.)

Cats were brought to Australia by Europeans. Attempts to control the number of cats have not yet succeeded, but experts are looking for new ways to protect other animals. In particular, in June, construction began in the desert of a huge (69,000 hectares) cats-free zone where species that were on the verge of extinction could live.