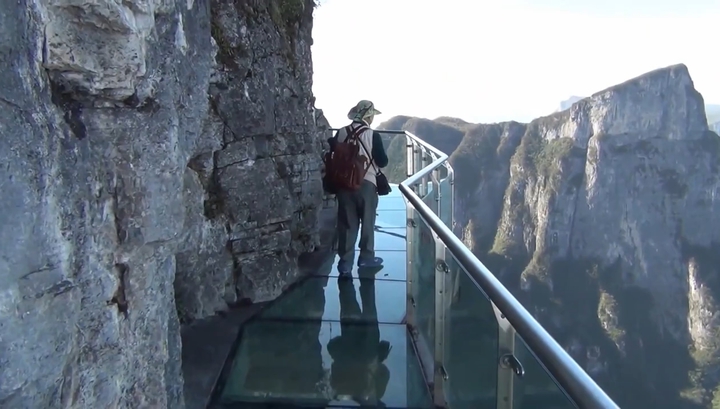 In the South-East of China, in Hunan province, has built the longest glass bridge in the world. It is located at an altitude of 300 meters above the canyon of Zhangjiajie national Park, Tianmenshan. The construction length is 393 meters and a width of 6 meters. Previous similar bridge in China, cracked in October 2015.

On the bridge with a glass floor at the same time unable to walk for up to 800 people. For tourists it will open in July, and while it is possible to make a unique construction of a virtual walk.

we can help you the thrills can take a ride on the swinging bridge, high-rise swing, and make him jump with the help of attached to the body of the rope. Earlier it was reported that the post unique build by the end of 2015, however, due to heavy rains the work was delayed.

Before the construction of this bridge the world’s longest such structure was considered to be located in the same region Hero bridge. Its length is 300 meters, and a height of 180 meters. After the bridge was cracked last fall, the Chinese authorities decided to build a new the same, only even longer.