Cloud “angel” spread its wings in the sky over Texas

Danny Ferraro saw an angel in the sky on a Texan highway, and that was just what he needed to see.

Then Ferraro faced several different family problems and rode to deal with one of them on July 30, when this cluster of clouds appeared on the horizon. 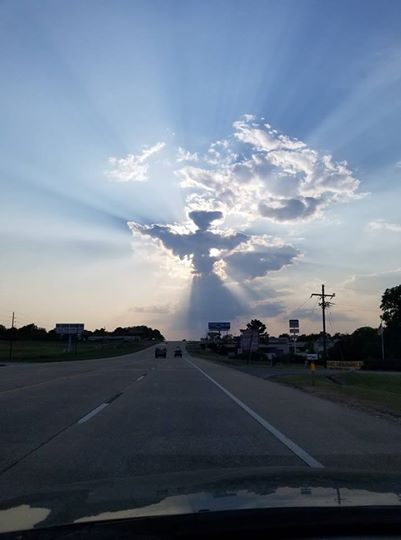 “I immediately noticed a cloud formation and bright rays right in front of us and told my wife:” Wow, look at this! “. We both saw the angel and felt that everything would be fine. ”

The picture attracted a lot of attention on Facebook, where Ferraro shared it. Many people agreed with the interpretation of the clouds of Ferraro, although some saw another image.

They thought it was Maria, a character from “The Sound of Music” Julie Andrews, spread out her arms and sings, and the hills come alive from the sounds of music.

“I do not know how many other people saw this,” says Ferraro. “But I’m sure that meant something special for each of them.” It only lasted a few moments, but I grabbed my phone and the first photo I managed to make was spectacular. We ended up in that place at the time. “