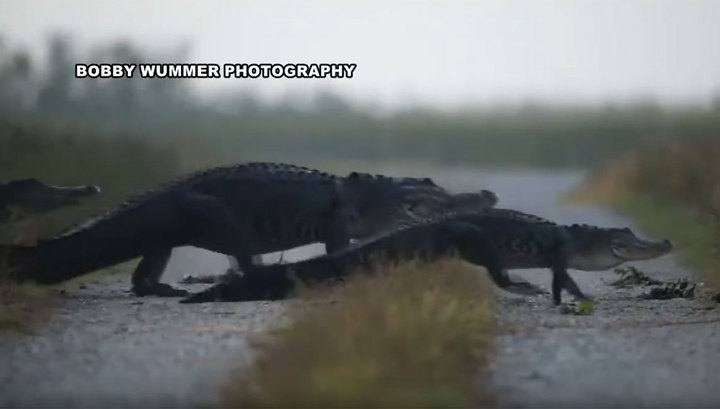 In one of the natural parks of the United States managed to shoot footage in which fifteen crocodiles one after another cross the road.

The recording was made by photographer Bobby Wummer in the Big Cypress Nature Reserve on March 13, WFLA.com reported.

From the video, we can conclude that the operator was from the reptiles almost at arm’s length. In fact, Wimmer is located in the distance and used to shoot the lens.