Cruel fight of a moray eel and octopus 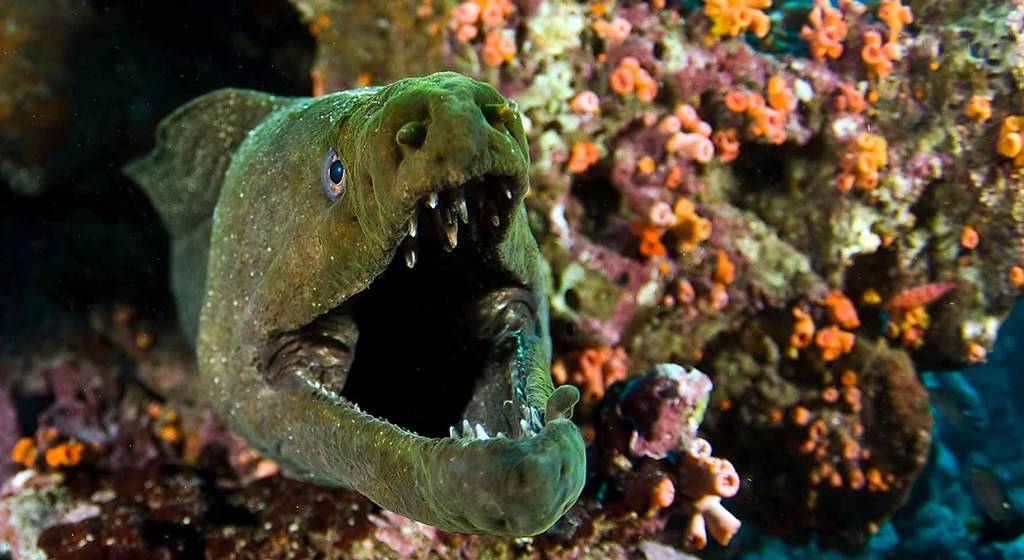 National Geographic provided a unique personnel on which fight between a moray eel and an octopus is imprinted. The moray eel who didn’t manage to reconcile to defeat decided “to recoup” as a result on the operator.

The group of divers which plunged into waters at the southeast coast of the Hawaiian island of Oahu became the witness of desperate fight of a moray eel against an octopus.

For the predator from family the murenovykh hunting for octopuses – case quite ordinary. Along with octopuses squids with cuttlefishes, both Crustacea, and small fish also enter a food allowance of moray eels. However this time the moray eel didn’t manage to get to herself something nourishing for lunch.

At the beginning of the fight the clear advantage was on the party of the predator which teeth took a head mollusk and was already ready to swallow it. However the victim managed in such situation to show this tactics of fight. Having offered one of the feelers which will grow again subsequently, it it is instant “made legs”. At the same time the victim shrouded the enemy in a dense cloud of ink to disorient it.

Having remained with one feeler in a mouth, the moray eel decided to switch the attention to other looming object – the person with the camera. However and to the operator it was succeeded to leave the battlefield quickly.

According to experts, fishes from family the murenovykh the first don’t attack people, however cases when these predators in view of various circumstances put mutilations to the person are known.