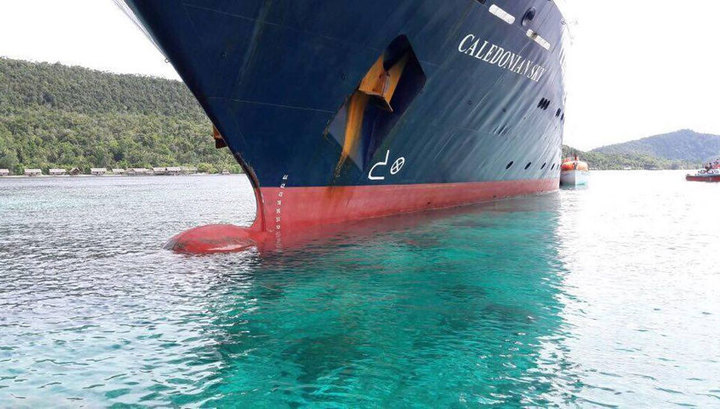 The British cruise liner demolished part of the protected coral reef in the waters of Indonesia, causing damage totaling more than $ 16 million.

The incident occurred in the waters of the Raja Ampat archipelago in eastern Indonesia. Popular among divers, the archipelago is known for its variety of marine life: it has 1,400 species of fish and more than 600 species of coral, Daily Mail reports.

The Caledonian Sky liner with a displacement of 4,200 tons sat on the reef on March 4 at low tide near Cree Island after tourists were taken on a birdwatching tour. The vessel, carrying 102 passengers and 79 crew members, had to be taken off the shore with a tug.

Estimated damage biologists reported that as a result of the accident affected approximately 13 500 square meters of valuable corals. The amount of expenses for their restoration may exceed $ 16 million.

According to environmentalists, a ship floating under the Bahamian flag, went into the water, which should not have been. The Indonesian government is going to demand compensation from the British travel company Noble Caledonia, which owns the liner.

The company itself has already issued a statement in which it expressed deep regret over what happened.