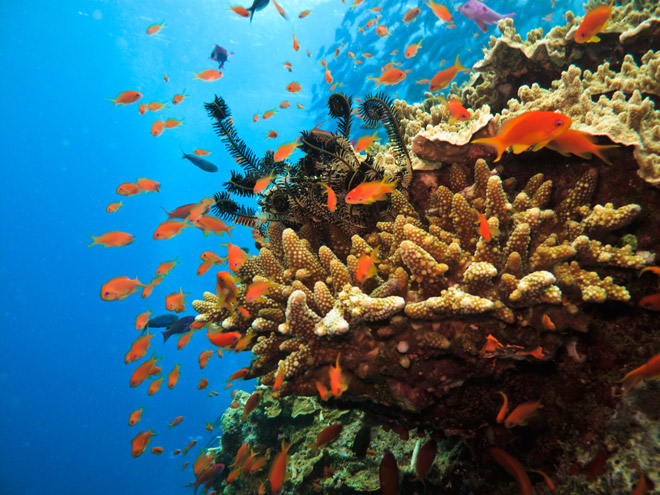 The tropical cyclone “Debbie” has weakened coral bleaching in some sections of the Great Barrier Reef, marine biologists have discovered.

A study conducted on Ribbon reefs off the coast of the Lizard Island, 240 km north of Cairns, showed a 3-degree drop in sea temperature.

Biologists from Cairns, who conducted a study from the ship Spirit of Freedom in the Coral Sea, reported that the temperature of the sea reaches 28 degrees Celsius. Heat stress is lowered, and the probability of coral bleaching becomes smaller. Optimal for corals range of sea temperature – 23-29 degrees.

The cyclone “Debby” lifted deep and cold water to the surface of the Great Barrier Reef and reduced light stress. The cyclone also absorbed energy from the water surface by heat exchange, resulting in evaporation cooling.

The scuba diver Audrey Buchholzer from France, who was part of the expedition aboard the Spirit of Freedom, was delighted with the “dazzling” colors and kaleidoscope of marine life on the outer reef.

“I should have seen it with my own eyes,” the girl says. “I’ve heard reports that the reef is dead.” It is not true. There are spots of dead and discolored corals, but most of the reef is alive and thriving. ”

“This is an underwater wonderland,” she said.

But the sea experts brought a spoonful of tar into the messages about the beneficial influence of “Debbie” on the reef.

“The cyclone” Debbie “came a month later and in the wrong place to prevent a mass extinction,” the scientist said.