Deadly battle of the hornet and spider 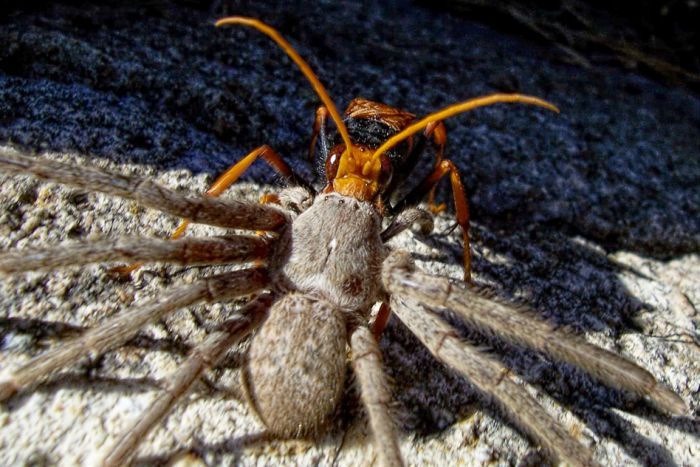 A video of the deadly struggle of a hornet and a spider of the family Sparassidae appeared on the web (Latin hunter). The recording was made in the south-west of Australia by a local resident, published on YouTube.

The author of the video notes that the first attacked hornet – he flew spider and began to bite it (these arthropods sting with a sting does not remain in the wound). The video shows how the spider first tries to escape from the enemy, and then starts to fight off from it with its paws. A few minutes later, the victim is completely paralyzed by bites and stops resisting.

Commentators note that after the bout the spider will probably become food for the horn larvae.

The bite of a hornet is painful for a person, the toxicity of a poison varies depending on the species of these creatures: some sting is not more painful than many other insects, while some species are considered to be one of the most poisonous.