During the rite in Malaysia, a shaman was cooked alive 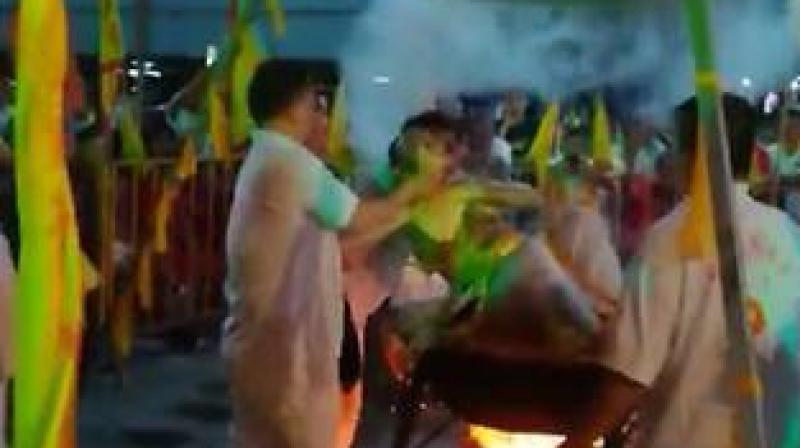 In the Taoist temple in Malaysia, an elderly man cooked in a cauldron at the stake. He called himself a shaman and for the past ten years he has been constantly passing such a ritual to purify his soul. This time the man as usual climbed into the cauldron, suspended above the fire. But after half an hour the temple attendants heard that he was knocking on the walls in a panic.

The shaman was dragged out, but they could not save. He died of a heart attack and second degree burns. As reported, recently an elderly man suffered from hypertension, doctors repeatedly advised him to stop such rituals.