Elderly Japanese fought off the attack of a bear with karate 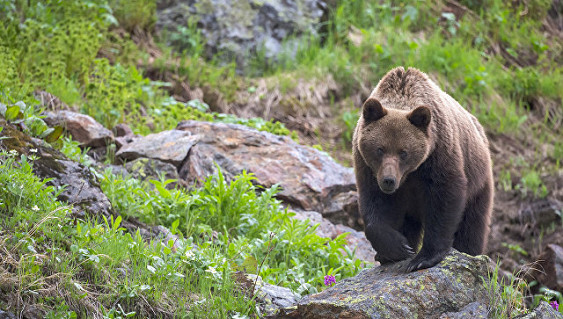 Hirohito Miyagawa, who is 68 years old, is actively engaged in karate and heads a dojo in the city of Fufuki, Yamanashi Prefecture. He worked in the garden in the highlands, when a bear attacked him unexpectedly. Karatist did not lose his head and inflicted several blows on him mainly with his feet, using karate techniques.

“I felt someone’s presence from behind, and when I turned around, I saw a bear.” He stood on his hind legs and was ready to attack, first I kicked him in the stomach, then struck the chest, it worked, and the bear lowered his head, then I struck another blow with my foot. “The bear fled to the mountains,” the man said.
In this case, the animal managed to scratch the karate after all, but the wounds are not heavy.

At the end of July, the prefecture received 83 reports of bears in the vicinity of housing. The police warned of the need to exercise caution.
Bears that descend to housing or attack people in the mountains are not uncommon in Japan.

Annually more than 100 cases of bears attack on people are recorded. Most often this occurs in May and October, up to 10 such attacks per year end for people tragically. In particular, in May of this year in Akita Prefecture the bear was pulled to death by a woman who collected grass in the mountains. Last year, the number of victims of such attacks in the same prefecture reached four.