Elephants have begun to be born without tusks 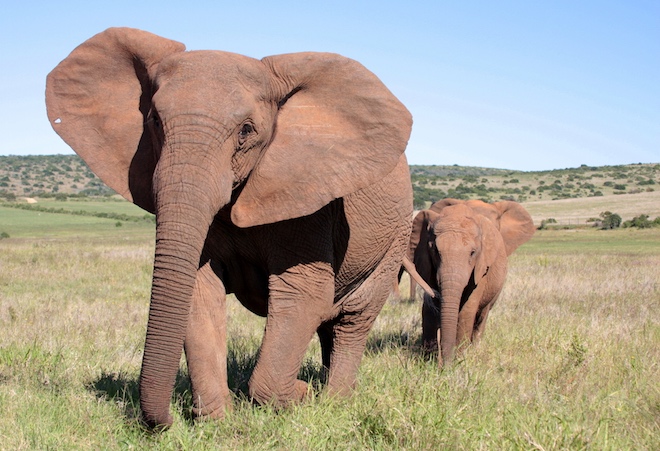 The African elephants use tusks for the purpose of self-defense. However recently elephant calves even more often are born without them. Researchers connect biological evolution with the increased number of hunters for ivory.

According to data of one of researchers, in one of national parks of East Africa 98% of females of elephants have no tusks.

Joyce Pul, the head of Voices of Elephants non-profit organization, spent more than 30 years researching development of types. Pul reported that, according to her observations, obviously there is direct link between growth of poaching and number of females of elephants which are born without tusks. In National park of Gorongos in Mozambique 90% of elephants were killed from 1977 to 1992 during the civil war in the country.

Poachers mainly are interested in animals with tusks because of what nearly a half of elephant cows is more senior than 35 years are left without them. Females give “a bezbivnevy gene” to the daughters. From all elephants who were born after war 30% of females have no tusks. 98% of elephant cows in Elephant national park of Addo have no tusks. Possibly, it is the most convincing example of “a bezbivnevy gene”. In 1931 when the park was only founded, only 11 elephants were salvaged from hunters. From 8 survivors of females four were without tusks.

Though international trade in ivory is under a ban since the end of the 1980th years, the World Wide Fund for Nature reports that tens of thousands of African elephants continue to die every year because of the tusks.