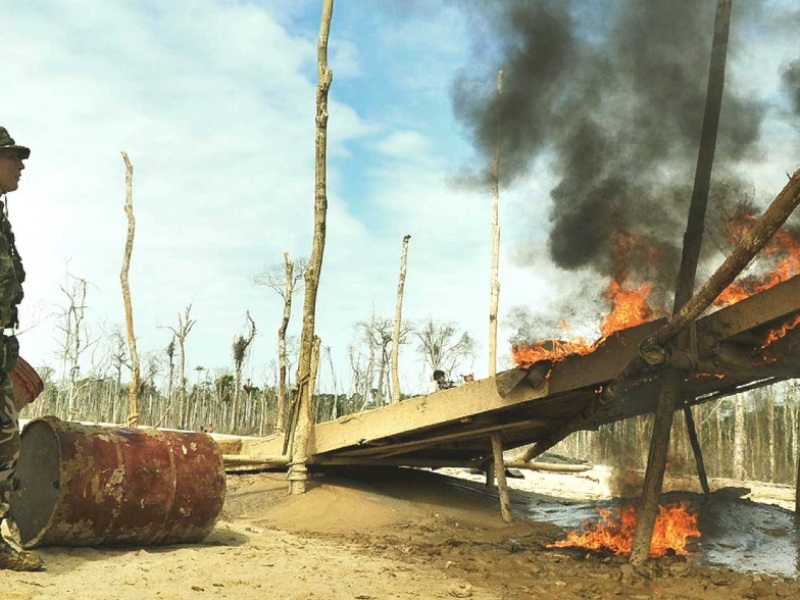 According to new data from the global satellite survey, in 2017 the world lost its forests, the area of ​​which is equivalent to the territory of Italy. In figures, this is 29.4 million hectares, which was the second highest indicator since the beginning of monitoring. Since 2003, the loss of the tree cover of the planet has doubled, and deforestation in the most important tropical forests has doubled since 2008, according to the Guardian. The most extensive destruction of forest is observed in the Democratic Republic of the Congo. This is followed by Colombia, in which deforestation increased by 46% in 2017 due to illegal logging.

Several years ago, the leader in the rate of forest loss was Indonesia. One-third of all mammals in the country were endangered due to loss of habitat. Then 10 world leaders in the production of palm oil under the pressure of the environmental community announced that they will no longer expand the plantations. These measures and government actions contributed to the fact that last year, deforestation fell by 60%.

Experts from Global Forest Watch, the organization that monitors the state of forests, and the authors of this report, said that the main cause of the disappearance of the tropics lies on the surface of a catastrophic problem: large tracts of forest are still being cleared for soybean planting, palm oil production, pasture and just felling trees for sale. Most of the logging is illegal and involves corruption. In addition, environmentalists are concerned about the scant attention to the problem. Only 2% of the financing of climate change activities is aimed at protecting forests, despite the fact that their protection could provide a third of global emission reductions by 2030. “We are trying to put out a fire in the house with a teaspoon,” the experts commented figuratively.

The report also discussed forest fires. They dominate in high latitudes, causing approximately 2/3 of the losses in Canada and Russia. Fires in these regions, according to Global Forest Watch, can become frequent phenomena due to climate change. The fire hazard situation is also great in tropical countries, where purposely, as in Brazil, the surface is cleaned from vegetation.

Information on forest losses has become available on the monitoring maps of this organization.