Fedor Konyukhov went round the world trip in a balloon 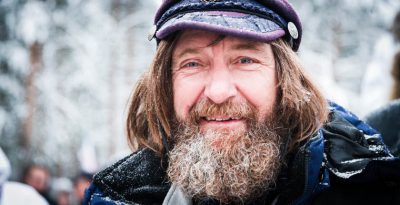 Russian traveler Fyodor Konyukhov has started round-the-world balloon flight “Morton”. The launch occurred at the airport in the Australian town of Northam — aircraft took off at 07:30 local time (02:30 GMT).

All the previous day has passed in intensive work — team. at first, preparing the airfield, having spread on it a plastic cloth that protects the balloon from damage. We got out and collected the ball, and midnight began filling it with helium. Originally it was planned that the night will only work team, and the aeronaut was supposed to be asleep, but it turned out otherwise — Fyodor Konyukhov spent almost the entire night on the tarmac.

Last night at the flying field in Norton was pretty cold — the temperature of the column dropped to about 0 degrees.

However, this Australian frost was on hand for the traveler, as the wind in the Northam fully verse.

Three oceans and three continents — 35 thousand km of the Russian traveler Fyodor Konyukhov to overcome them through the air in a balloon. So far has this been done only by the American Steve Fossett, and then the sixth attempt. Grooms intends to put the record right the first time. RT correspondent Anna Knishenko went to Australia to watch the final preparations of the traveler to fly.