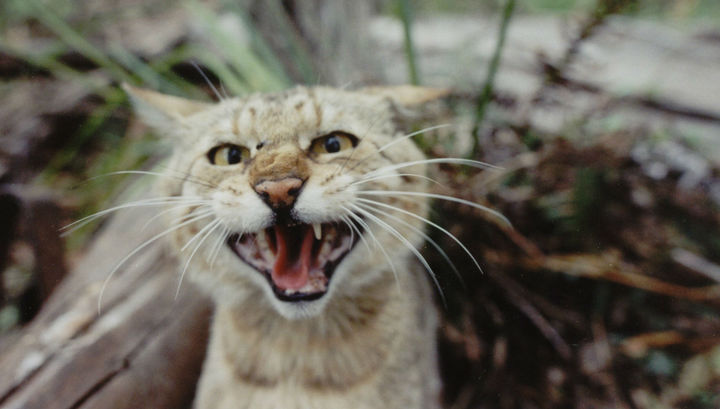 Settlers from all over the world became the main trouble for Australia’s unique animal diversity. All the fault was new for the continent species that people brought with them. In biology, they are usually called invasive. So, just over 200 years ago, Europeans brought domestic cats here. But over time, in addition to the cute pets in Australia, the cats have also become feral. That’s about them, and then will go further speech.

The problem is that on the continent, new predators had very few natural enemies, if such can be considered dingo and eagles. Feeling too free, the feral cats have become significantly larger than their domestic relatives and today have already brought a lot of concern to biologists and environmentalists throughout the country. Previously, scientists have already tried to assess the damage from the widespread extermination of cats by birds and small mammals. Now researchers have finally reached the reptilian continent.

A team of specialists led by John Woinarski from the Charles Darwin University took up the case. Scientists had to open a lot of cat’s stomachs, resulting in the order of ten thousand samples of semi-digested remains of various food objects.

The figures cited by scientists in the article, which was published in the publication Wildlife Research, without exaggeration, can be called colossal. So, it turned out that annually wild and domestic cats eat up to 650 million reptiles.

“On average, every wild cat kills 225 reptiles a year,” says Woynarski, “It is known that this species of animals in Australia eats much more reptiles than in the US or Europe.”

In the course of the work, biologists detected in the stomachs of especially large specimens the remains of up to 40 individual lizards. In total, they were able to identify 250 species of reptiles eaten by cats, including 11, on the verge of extinction. Among the victims, deserted egernia, bearded lizards and geckos were most common.

Of course, feral cats eat not only lizards and snakes. In particular, according to the same team of specialists, about a million birds die daily from their teeth, including representatives of rare species such as the blue-breasted colorful flutist, the partridge stone pigeon and the night parrot. In addition, all the same malicious predators are considered one of the main reasons for the high level of extinction of many peaceful mammals of the Green Continent.

The problem of wild cats is so great that the government of the country is forced to systematically allocate impressive funds to fight them. So, mass sterilization of animals is regularly carried out, and hunters get approval for the shooting of millions of copies.

As one of the measures to protect biodiversity, the Australian Wildlife Organization (AWC) erected a 44-kilometer electrified fence around a 9,400-hectare area in a desert region. The allocated territory will be completely cleared of the feral cats. It is planned to gradually increase it to 100 thousand hectares and use it to restore the number of particularly depressed species of animals.

It remains to add that the nature of Australia, unique to our planet, needs special care, which puzzles many scientific institutions and organizations for environmental protection. The “Vesti.Nauka” (nauka.vesti.ru) regularly publishes materials on the most important victories and defeats on this front, such as the failed attempt to return to the wild marsupial martens, new strategies to protect koalas, the difficulties of conservation of the Great Barrier Reef and much more friend.