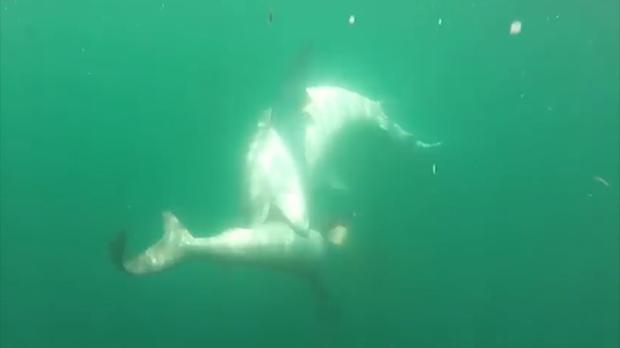 While fishing in the Gulf of Mexico to witness for the first time managed to capture on video a fight between two sharks – a tiger shark and a hammer.

According to the student who directed the mortal Kombat … it ended with the victory of a tiger shark that took a hammerhead shark bleeding to the depth.