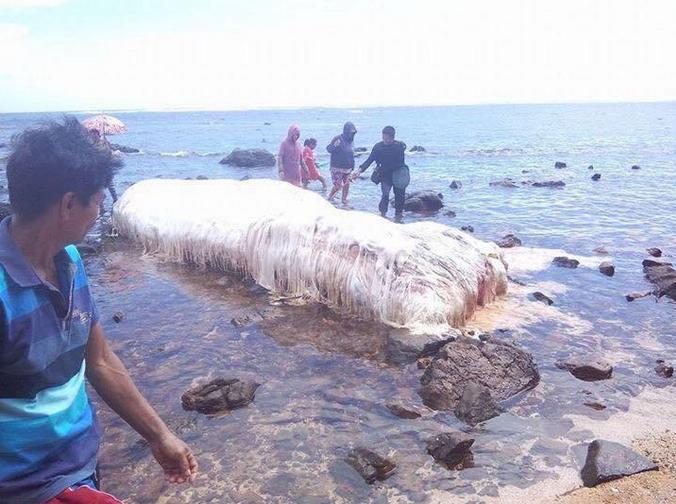 Friday on the beach in the town of Cagdianao sea threw a huge dead hairy beast. For a short time, this municipality of the Philippines became the center of attraction for locals and tourists who tend to go there to see and take a selfie with the carcass of a sea monster.

The pictures quickly spread on social networks, as users began to speculate about who could be this monster. Some users compared it with a flying bison from the animated series “Avatar: the last airbender”, the other he was reminded of the dragon from “the neverending story”. Others have compared it to the mythical Trunko, half polar bear and half whale.

However, local scientists quickly dispelled the mystery, calling the true origin of the monster. The dead animal was the whale, weighing about 2 tons. Most likely, a couple weeks ago the animal was hit by the propeller of a large ship, and the white color and the so-called hair — is the result of incipient decomposition.