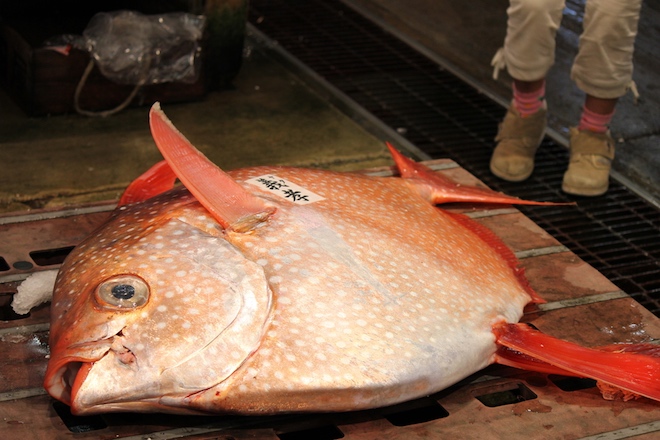 A giant moon fish was caught by a fisherman from the Philippines. The weight of the catch, which was lucky enough to get lucky Joseph Bautista, was 30 kg. The correct name of the fish, which was caught by a 40-year-old Filipino, is a raspberry fever. Bautista proudly carried prey on his shoulder and, not hiding joy, showed the catch to fellow villagers.

Red fox is a species of fish known for its large size. Another feature of fish-moons is the ability to thermoregulation, which animals and humans possess. The temperature of bodies of representatives of this species is approximately 5 degrees higher than the ambient temperature. All other species of fish inhabiting our planet are cold-blooded.

Giant fish are a catch that always makes a splash in social networks. In 2017, the Kuril Islands caught a moon-fish weighing 1100 kg. The extraction was so great that the fish could not be dragged aboard and taken in tow.