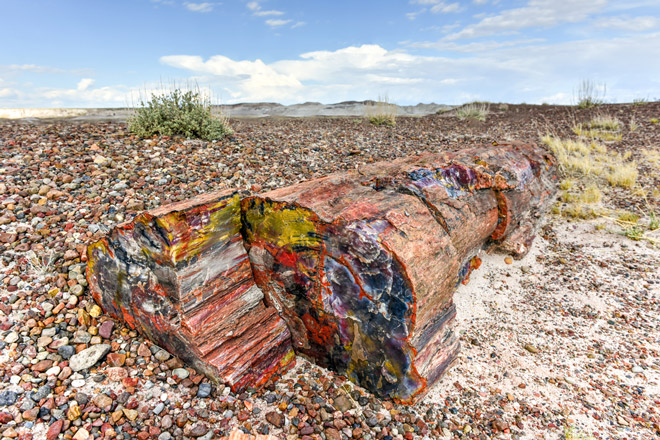 But passed the era. There is no longer a supercontinent Pangea, we are judged only on their tracks about dinosaurs and glacial periods. There is something left from the ancient American thickets. And these creations of time are simply amazing!

About 220 million years ago, there were many rivers and lakes in Arizona that fed local vegetation. The water contained various metals and minerals. Magnesium, chromium, silicon dioxide and other elements hit the surface of the earth during eruptions of a chain of volcanoes, which was located west of the modern park Petrified Forest.

When the trees fell under the onslaught of storms or insects, they slid into rivers and settled on the bottom. The trunks that were under the soil layer were not subjected to the rotting process. They lay for thousands of years at a depth, passing through their fibers and pores water with dissolved minerals in it. As a result, these minerals accumulated in the wood and replaced its organic matter, which gradually collapsed. 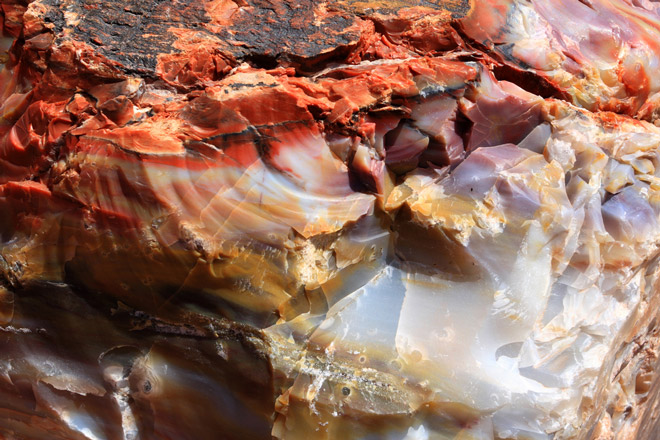 The intercellular space of trunks, branches and leaves was filled with crystals of quartz and its varieties: amethysts, opals, citrine and chalcedony. Among fossils, even fir needles and spores are found.

Treasures of prehistoric forests were on the surface thanks to the rise of the Colorado plateau about 60 million years ago. The first fossilized wood remains were found by the tribes of the Indians, and in the 1870s they were recognized in Europe and used to make decorative accessories. 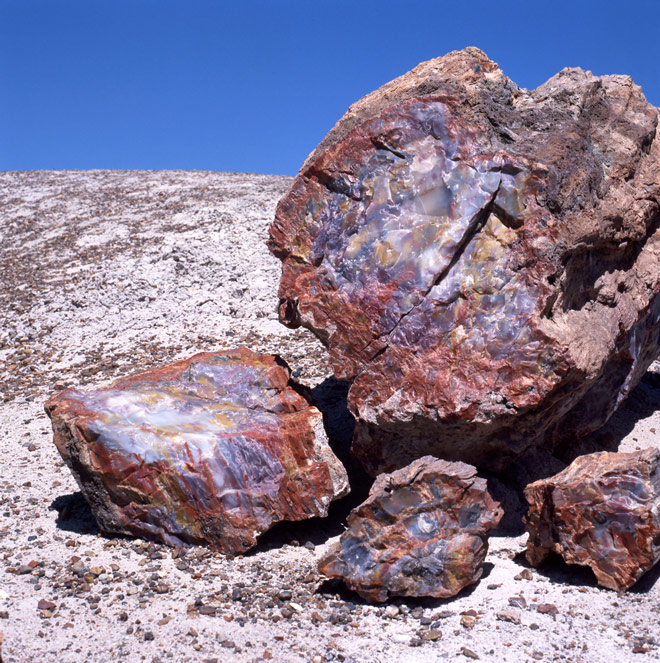 In 1935, Ilf and Petrov visited the stone forest. Soviet writers were delighted with the trees-gems, which preserved all their lines and veins, which now sparkled in different colors. According to them, neither marble nor malachite was compared to a polished, petrified tree.

In 1962, this area of ​​Arizona received the status of a national park. To date, 600 square kilometers of the area are strictly protected area. Ancient fossils are interesting not only for tourists, but also for paleobiologists. Fossils contain imprints of the ancient climate, the structure of the early trees and the insects that lived in them. 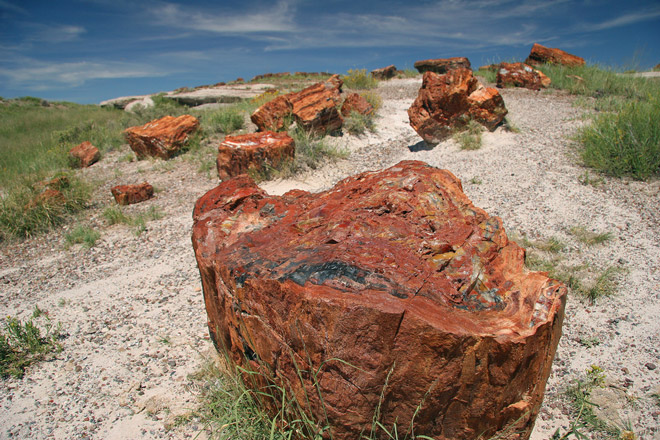 In addition to the Arizona desert, gem-trees are found in Egypt, Argentina, North Dakota and Georgia.