Found spiders in the fathers that care for offspring 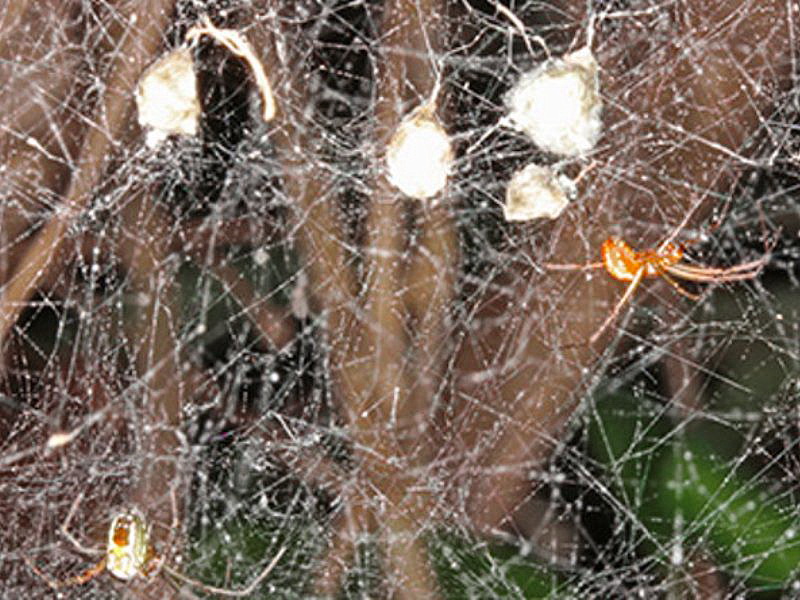 Most spiders and fathers neglect to take care of the offspring. A small part of them sacrifices himself: eating the male, the female uses its biomaterial for the formation of eggs (mating cannibalism.). The female stand alone to care for and about masonry, and about the cubs. It deals with the protection of shelter and forage for spiderlings. Even in nature there are mothers who sacrificially die in the incubation period of eggs – as a result, children for the first time after hatching is eat. There are on the planet and social spiders (a little), living in large colonies. They have offspring is under total protection.

But among the spider turned out to be appropriate family. According to the Brazilian biologists who discovered Manogea porracea, this is the first known form of single spiders in which the male is worried about the offspring along with the females, informs the Internet-edition N 1. A rare species of spider lives in South America, in the territories from Panama to Argentina. After the female will weave a web, during the mating period the male over her “house” weaves its. He further associates it with the web female cross threads. It is the males often guard the cocoons with the eggs, protecting them from spiders to pirates who devour eggs, spiderlings, and adult. Along the way, father, if necessary, and the web will be repaired, and rain drops will look like, so they do not harm the offspring. In the observation of the spider’s life, researchers decided to find out and how does the care and treatment of males on the survival of their offspring?

Observing spiders in the wild, conducting laboratory experiments, scientists have found that care is not wasted, and noted a number of interesting points, for example, such. When males guard clutches of predators, the result on light there are 1.3–1.4 times more spiderlings. And still often happens so that to take care of the offspring will get “orphaned” father. Since the end of the breeding period, the number of males guarding offspring, remains 5 times more than females. Why? But the biologists explained in the following way: spiders-pirates to your lunch, choose females that are more nutritious and more well-fed males. It turns out that father-survivor Manogea porracea have to watch out for the kids alone.