Fukushima residents are prevented from returning home by radioactive boars 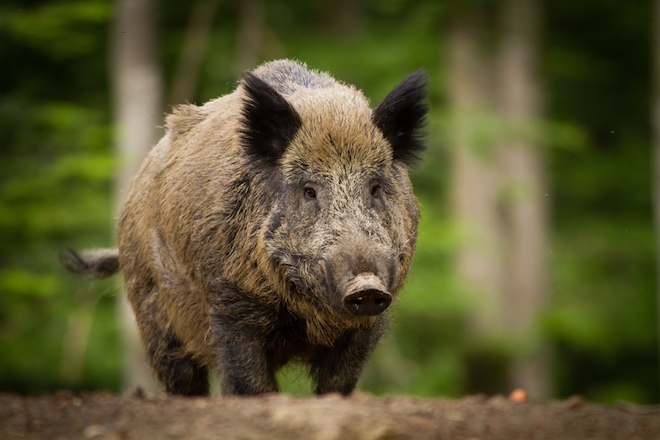 Six years after the nuclear disaster at the Fukushima-1 nuclear power plant in Japan, residents who left their homes after the accident are going to return home. The government cleared of radiation 4 cities in Fukushima Prefecture, and they are absolutely safe for people. But on the way to return is a huge obstacle – thousands of radioactive wild boars.

In the bodies of wild boars that ate the infected plants and smaller animals after the nuclear catastrophe, the level of the radioactive element of cesium-137 is 300 times greater than the safe rate. The media compare the situation with the terrain around Chernobyl. There wild wolves, deer, bears and owls thrive since people left after the Chernobyl disaster in 1986.

But in Fukushima, boars are a huge problem for those who want to return home. Also, animals bring huge damage to farmlands. And as the beasts ceased to fear people, they can manifest aggression. “In fact, it is not clear who are the masters of the city now – people or wild boars,” – says the mayor of the abandoned city Nami Tamtotsu Baba. Some residents of this city will return home at the end of the month.

To clear the way home to the townspeople, local officials will send out a detachment of hunters who will kill the wild boars. They also set traps and use drones to scare away animals.

The authorities must decide what to do with the bodies of radioactive boars. Infected meat can not be eaten, and land is not enough for burial. Burning bodies is difficult, because due to the radioactivity of wild boars, only special installations will cope with the task. One way or another, officials intend to get rid of radioactive animals. “If we do not remove them and we do not manage the city ourselves, the place will become even more savage and unfit for living,” Baba says.