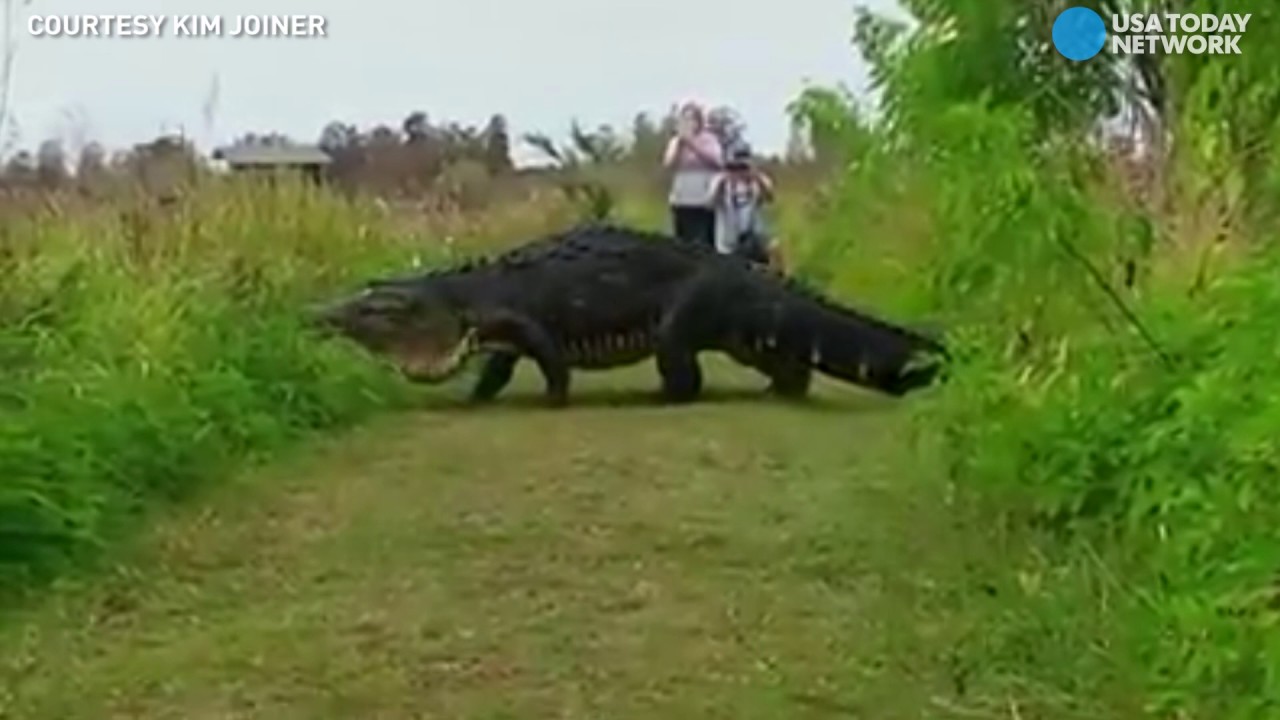 In the United States in Florida, visitors of the natural Park of Lakeland took video of a huge alligator crossing the road. Length of the animal, which has already been nicknamed “Mr. Hunchback” because of its curved back, according to various estimates, can reach up to 4.5 meters and can weigh up to 350 kg.

Previously, the reptile has been spotted in this Park, but the video was made recently — on January 15. Since then, the Park staff noted the increase in visitors who are hoping to meet an alligator.

The American alligator (alligator mississippiensis) is endemic to South-Eastern United States, they live in freshwater (lakes, ponds and swamps), preferring standing water. The largest known males reached 4.5 m in length and weigh up to 470 lbs. Maximum for females is estimated at 3 m. typically, such sizes these animals reach the length of the male usually reaches up to 3,4 m, weight — up to 200 kg. the Length of females, as a rule, is 2.6 m, weight — 50 kg.

Previously, this species was listed as endangered due to uncontrolled hunting, however, the efforts for its conservation have borne fruit — at present, the alligator Mississippi has protected status with minimal risk. This is the official state reptile of Louisiana, Mississippi and Florida.