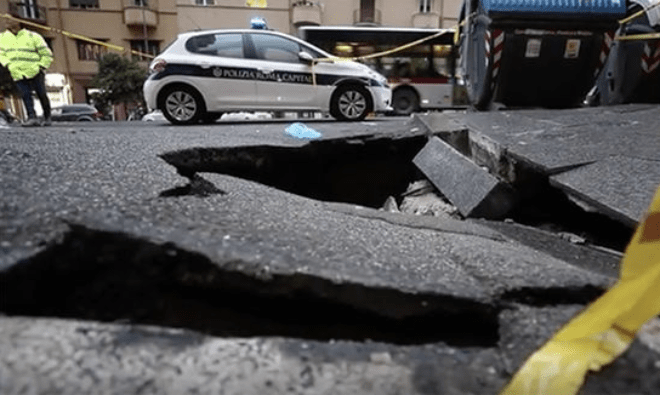 In the middle of the sidewalk in Italian Rome on Tuesday morning, a giant gap suddenly appeared and devoured an elderly woman.

A 77-year-old woman walked along the sidewalk on the Bologna square and suddenly fell into a pit deep to two meters deep. Rescuers rushed to the rescue of the victim. With small injuries she was taken to the hospital.

The authorities are investigating the cause of what happened.

Last year in Rome there was a huge funnel up to five meters in depth.

It is noted that Italy has gained a reputation as one of the most earthquake-prone countries in Europe. Eurasian and African plates meet along a line that runs through North Africa and crosses the Mediterranean Sea near the southern part of Italy and Greece.