Giant jets in the sky 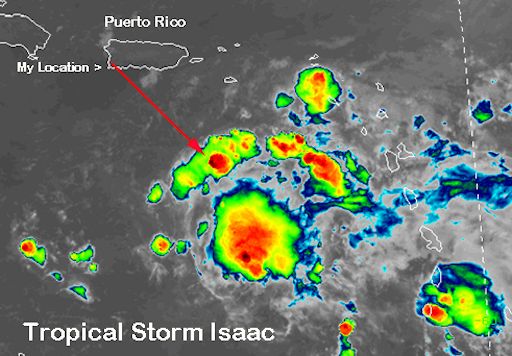 On September 15, the tropical storm “Isaac” dispersed in the Caribbean Sea. Shortly before this, it became the source of several giant jets. Frankie Lucien caught the jets on the video when the storm passed south of his house in Puerto Rico.

Giant jets are associated with sprites – upwards directed lightning bolts that strike from heavily charged storm systems. Giant jets are much stronger and rare than sprites. Until 2017, their observations were counted in dozens. The tropical storm “Isaac” produced at least 8 giant jets in one night.

Lucien noted that, despite the attenuation of the storm, it was still the source of these powerful lightning. According to him, the last time he saw so many giant jets in one night in 2017 during the passage of tropical storm “Harvey”.

Activity jets can intensify. Some researchers believe that cosmic rays charge storm systems, preparing the ground for flashes of lightning.

In recent years, meteosounds have fixed more and more cosmic rays. In many respects this is due to the recession of the solar cycle. This trend, which is expected to continue for many years, may lead to the emergence of more jets.