Groundhogs fought on the track in China 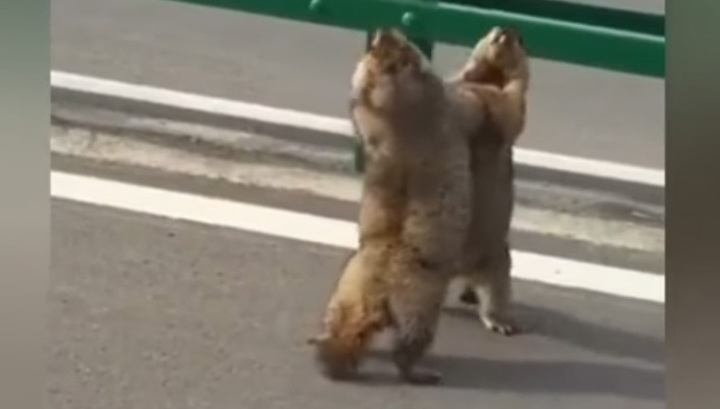 A resident of the Haysi-Mongol-Tibet Autonomous District, located in China, filmed a video of two large marmots who decided to find out the relationship in the middle of a busy road. It’s unclear what exactly the animals did not share, but they behaved like real boxers.

The frames below show how the marmots jump on their hind legs and strike each other. Because of this incident on the road formed a small cork.

Pushed around for a minute, marmots fled. Apparently, none of them seriously hurt.