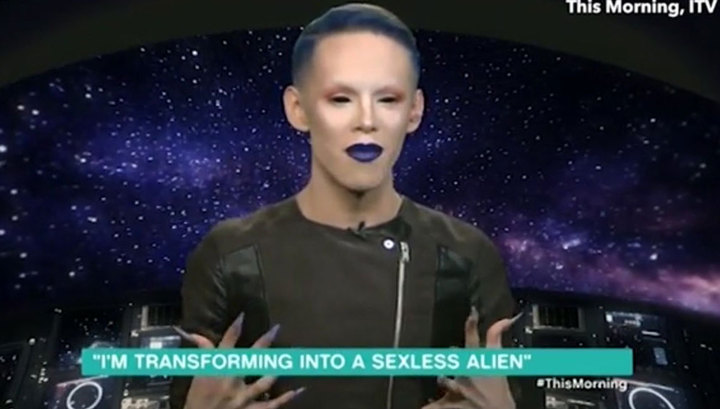 22-year-old resident of Los Angeles About Winnie spent tens of thousands of dollars on plastic surgery. A young man with 17 years feels “asexual alien” and plans to soon remove his genitals. According to the boy, he just wants to be themselves, reports the Sun.

About Vinnie said that from the age of 16 felt that way. “I went every day in big boots and tight suits. For me it was the norm,” — said the American.

According to Vinnie, he soon realized that is representative of a third sex.

“I’m not gay, not bisexual, not transgender. I’m by myself. I want to look like according to its own inner world”, — said the young man.

Over the past five years he has spent over 50 thousand dollars on various plastic surgeries in the face.

“My goal is to get rid of the floor. I don’t feel any sexual attraction, so why do I have extra body parts?”, — said Winnie.

In 2017, American expects to go under the knife several times.