How did the Australian town have a stone wave? 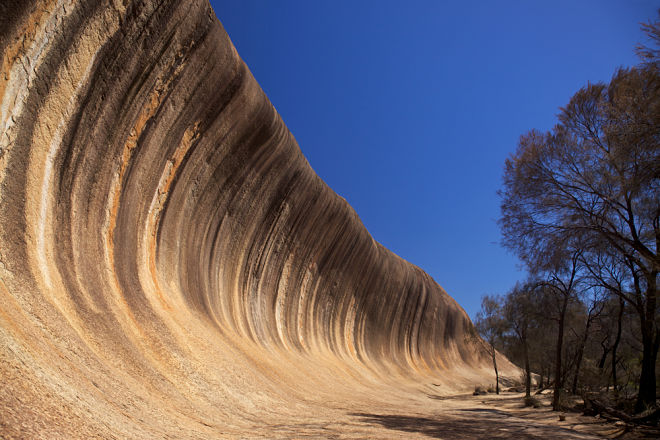 Near the Australian town of Hayden beats a giant wave, but the sea is not around. The 15-meter-high rock, shaped like a tsunami, has a corresponding name – Wave Rock.

The length of this geological formation is 110 meters. The rock covers an area of ​​several hectares.

“Frozen wave” was formed 2700 million years ago, but then it did not look like a sea wave. The effective form of the rock is due to precipitation, which for hundreds of years penetrated into the ground and thinned the base of the basalt layer, which, thanks to winds and erosion, appeared on the surface.

A unique feature of the stone wave is the ability to change color. Strips, “drawn” on the rock, are red, gray or yellow.

Wave Rock is a popular place among tourists. In autumn, there is a music festival Wave Rock Weekender.