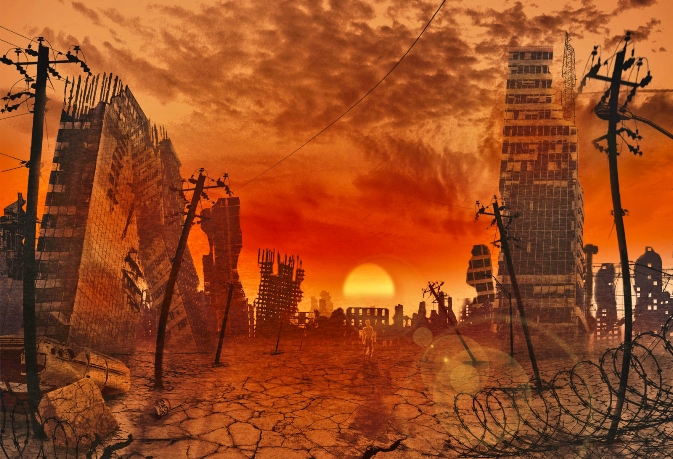 Usually end-of-life scenarios include riots, looting and chaos. However, such representations are taken from pop culture, and they are not based on any real data. In order to imagine how the apocalyptic situation can actually develop, scientists analyzed about 270 million records of “player behavior” from the popular South Korean multiplayer game ArcheAge, and then published a report, which drew attention to the journal “New Scientist”.

Players knew that at the end of the beta testing their data and statistics would be destroyed, and the scientists wanted to see how the behavior in the game would change when the end of the world came to an end. “Except for a few special cases where people became more prone to murder, the authors found that most players do not resort to murder or antisocial behavior,” New Scientist notes.

“People do not really” fly off the reels, “they just stop worrying about the future,” said study participant Jeremy Blackburn. For the most part, players almost did not spend time raising the level or completing quests, but preferred instead to just chat with friends on the game.

If you think about it, it’s a lot like preparing for the final part of the game Mass Effect 3: the length of time spent in a quiet atmosphere and communication with the team is much more than spent on bloody scenes.

Researchers fully recognize that no game can be a plausible analogue of a real apocalypse. They say that “there were no changes in the pandemic nature in behavior”, but the restrictions connected with the fact that this is just a video game (in this case it had already had several beta versions before), and with the absence of really dying people, Significantly reduce the significance of the results of this experiment.

Nevertheless, the test conducted can not be called completely devoid of merit. “It would be naive of us to claim full coincidence with people’s real behavior,” the report says. “However, players invest a lot of time and energy in their characters, in addition, in our days, virtual property often costs a lot of money, so in this case, there are real consequences.”

Further research using the ArchAge video game will focus on criminal justice, using the system of prisons available in the game, as well as player-controlled courts. Some time ago something similar happened in one of the games. Of course, this is not exactly the same thing, but the players actually perceived deprivation of liberty in the way that would happen to people in the real world.

Tags: end of the world