How the world looks through the eyes of squirrel 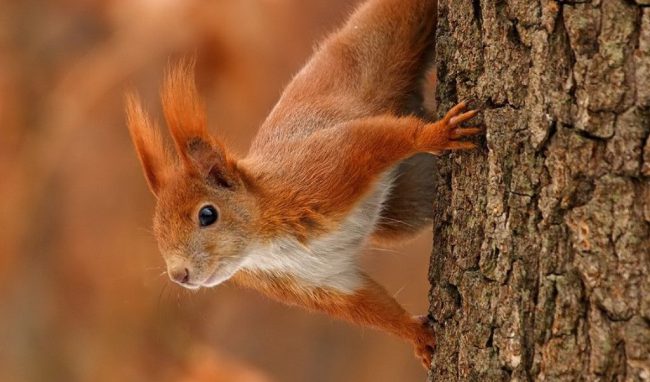 Don’t you ever wonder how to see the world representatives of the animal world? If cats and dogs action camera hung too often today, here to capture the life of such a nimble animal, like a squirrel – the problem is very trivial. However, the YouTube user Viva Frei and nick managed to do the impossible: he left his GoPro camera near a habitat for squirrels and waited for one of the rodents will try to carry the gadget in its nest. That managed to remove the camera looks very exciting.

As it turned out, the squirrels pretty good videographers. Animal, took the camera, filmed his journey through the trees, and then, feeling safe, the squirrel tried to chew the camera, but realizing that this is a stupid idea, get rid of it. The owner of a GoPro the whole time running from tree to tree after a squirrel, afraid to lose sight of it and lose an expensive gadget. Finding the fallen in the grass the camera, Viva Frei sighed with relief and began to study the footage. The entry was very interesting. So that it can inspire the developers of VR video games. What? Simulator squirrels will be in excellent demand!