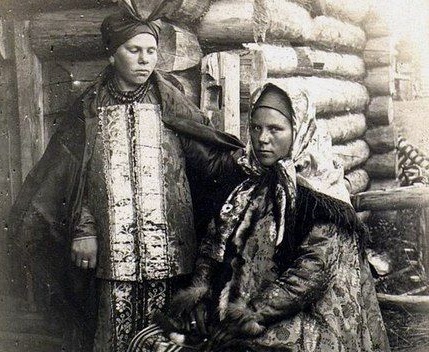 From time immemorial, Russian people believed that the word is the basis of the universe. The word can be cured, they can also be killed.

But a special, sacral value in Russia was given to words that were not just spoken in public or loudly screamed, but uttered in a barely discernible whisper. It was believed that the latter has an impact much stronger than the cry.

What is the reason for this whisper effect, the scientists did not fully understand. Most likely, the power of his influence is explained by the intrusion into the person’s personal space, and also by the fact that the whisperer, as a rule, controls the situation. And if you still take a man by the hand, there will be an element of hypnosis and suggestibility will increase.
In ancient Russia, the Magi read spells illegibly and very quietly, because according to popular beliefs loud voices and requests can be heard by evil people or spirits and jinxed, harmed.

Some researchers in the etymology of the word “sorcerer” see not only the Slavonic word “volshba” (wlššba) – witchcraft, but they also believe that part of the root “she” comes from “shit” (šьръtъ), that is, the wizard is the whispering magician.

Official science does not confirm this. But it says that the very word “shti” has an onomatopoeic origin and is present in almost all Slavic languages.

The peculiarity of the “magic” whisper was correctly chosen words, creating a rhythm that affected the human subconscious. It was believed that in the whisper the main thing is hissing and whistling sounds.

Only an absolutely healthy person could whisper, the patient was at the risk of worsening his own state of health. Strong “whispers” could only be spoken by those priests who had all the teeth intact.

Spells were for all occasions: from praying to the gods to conspiracies for health, for inheritance, for wealth. There were also “black” whispers that were pronounced after the enemy (“You leave me, take everything bad with you”) or after the couple you want to separate (“You can not, do not sleep, do not eat bread and salt, on each other as the animals roar … “). There were whispers on the edge, on sickness, for animals. For example, for dogs – so as not to bark and not attack. There were whispers aimed at revenge (“Your business is your body”).

In pagan spells people turned to the gods: Perun, Veles or Semargl Svarozhich, to spirits; to natural phenomena and elements, for example, to the dawn, to the wind, to the stones, to the trees (“Oh, birch, beauty, help me! Love and happiness have gone to me! ..”).

The strongest healer was the mythical Mother-cheese-earth.

After the spread of Christianity in Russia and the prohibition of witchcraft, only healers and grandmothers whispered to whisper. Even in the years of severe Soviet atheism, this custom did not disappear, and in the villages they continued to seek help from the grandmothers.

For the millennium of Orthodoxy, pagan spells were interwoven with appeals to God and the Theotokos, which they could immediately call Makoshya (in Slavic mythology she was responsible for destiny and crafts). The meaning of the whispers has not changed – it is still a request for health, wealth, love, welfare and calling misfortunes on the enemies’ heads. And to finish the whispers became just like the Orthodox prayers: “Amen!” Or “Glory to the Father, and to the Son, and to the Holy Spirit.”

Until now, healers are observing a certain ritual before they start whispering: they fast, do not drink alcohol, and during the spell they keep their fingers crossed or in a special way dressed.

It is interesting that from the word “shit” there was also the word “shpetnik”, that is, “earpiece” or “slanderer”. In Russia, the denunciations were uttered in a whisper in the ear – for fear that outsiders would hear and condemn. Perhaps the whisper in this case acted as a suggestion.

What in the modern world are we whispering, people enlightened? In a quiet, ingratiating voice, we pronounce the words of love and affection, confess our feelings. The words of the threat, whispered during the quarrel, make the opponent understand that the opponent is determined resolutely. We are still whispering, embarrassed by our low act, and sometimes, in difficult times, whispering the truth.