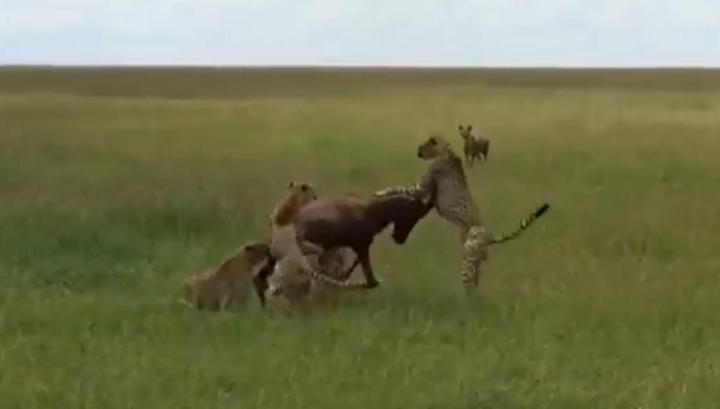 Two tourists in Kenya were lucky to witness the exciting chase of the cheetah family behind the antelope swamp, and then watch its unexpected rescue from the clutches of predators. And a positive role, oddly enough, went to the hungry hyena, which is confirmed by the shots shown below.

The record was made last week in a popular among foreign tourists Kenyan reserve Masai Mara. On the shots you can see that the wild cats drove and actually pushed the long-resisted antelope to the ground, but then a large hyena intervened in the process of distributing the food.

The animal easily frightened away the cheetahs, but he did not eat the antelope meat – the latter instantly disappeared, leaving predators with a nose.