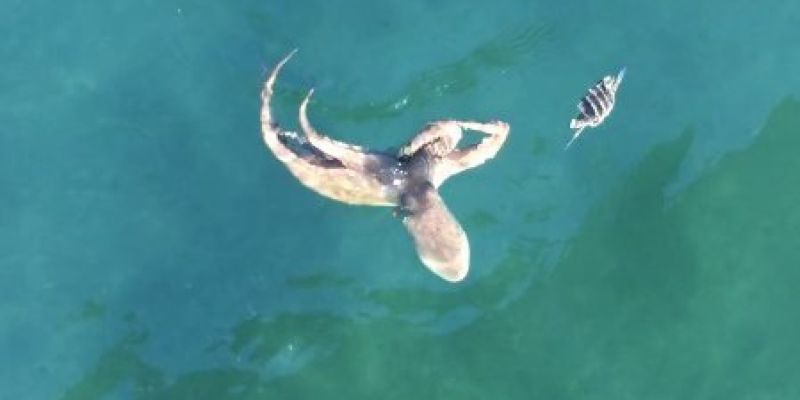 A rare scene from marine life was filmed at the camera in Rose Bay (Sydney, Australia). The octopus slowly, but confidently pursues the crab, drawing water and contracting muscles. He uses his dexterous tentacles to reach out and grab a small arthropod. With the help of an acute beak, octopuses destroy the hard outer shells of crabs that enter the diet of cephalopods.

The octopus can crawl on a hard surface thanks to tentacles with suckers. His swimming technique is somewhat more interesting. The animal moves by recruiting water into the cavity with the gills and pushing it in the opposite direction, through the funnel, which functions as a nozzle. Such a mechanism can be compared with a ship’s water jet engine. To change the direction of motion, the cephalopod mollusk turns the funnel.

Crawl and swim octopus much slower than fish, so they hunt mostly from ambush, and from predators hide, merging with the environment.