“Ice coffin” at the “iceberg cemetery” in Antarctica 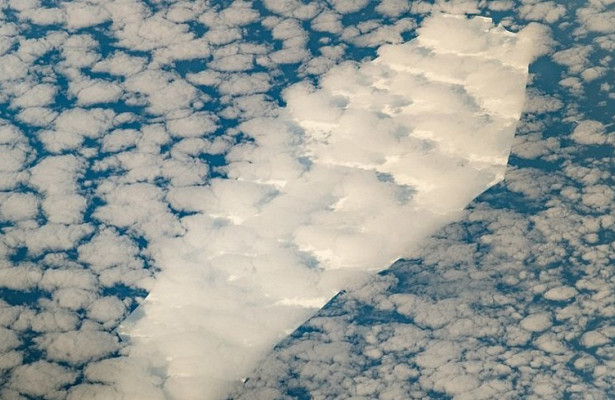 NASA has published pictures of an Antarctic iceberg that looks like a big white coffin, reports the Daily Mail.

Ice Mountain is now floating to a place that has become known as the “iceberg cemetery”. It is located in the north, where the water temperature is higher, so icebergs quickly melt.

The odd-shaped ice floe 18 years ago broke off the Ross shelf and has since drifted into the sea. Iceberg is almost the perfect shape of an elongated coffin with six peaks. The iceberg is shrouded in clouds, which, as the newspaper notes, makes it look even more creepy.

As noted by NASA, the iceberg received this form due to natural reasons due to its long stay at sea. Water gradually cleaves chunks of ice, just as the mineral is hewn with a sharp hammer.

“The shape of the coffin is a coincidence, considering the approximately 18.5-year-old flight B-15T. We can only guess about the forces that were working on what was left of the B-15 after a long journey around Antarctica, ”said NASA / UMBC glaciologist Chris Schumann.

NASA previously found an iceberg of ideal rectangular shape off the coast of Antarctica. The iceberg shelf floats near the Larsen Ice Shelf. As scientists note, sharp corners and a flat surface indicate that, most likely, it has recently broken away from the ice shelf.