Iceland managed to be filmed without clouds 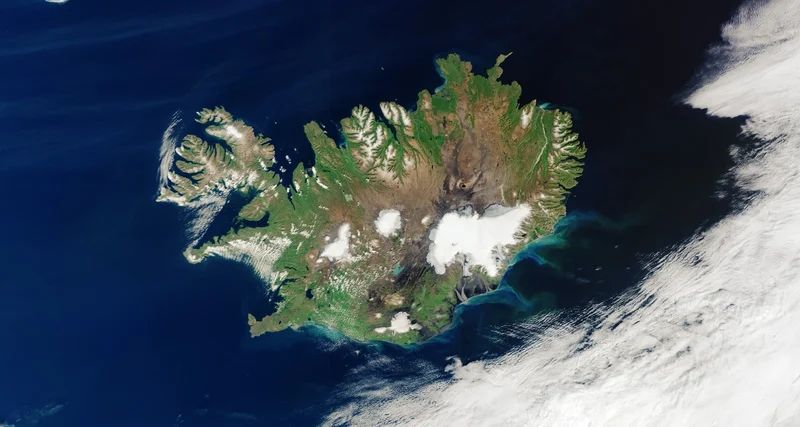 A unique image was taken by the space satellite of the Copernicus Sentinel-3 mission.

The European Space Agency (ESA) presented a unique image of Iceland taken from space orbit. The photo shows an island nation in the west of Northern Europe in the North Atlantic Ocean without clouds above it.

The image taken by the satellite of the Copernicus Sentinel-3 mission on August 14, 2020, allows you to view the entire territory of the island. The large white area visible on the island is the national park surrounding the Vatnajökull Glacier. With an area of ​​about 8400 sq. km with an average ice thickness of more than 900 m, Vatnajökull is considered not only the largest glacier in Iceland, but also the largest glacier in Europe.

The white circular spot in the center of the country is Hofsjökull, the country’s third largest glacier and the largest active volcano. The elongated white area west of Hofsjökull is Langjökull, Iceland’s second largest ice cap.

A rare, cloud-free view of #Iceland captured on 14 August 2020 by @CopernicusEU #Sentinel3! Can you spot the beautiful sea-ice swirls off the coast of Greenland?

Reykjavik, the capital and largest city of Iceland, is located on the Seltyarnarnes Peninsula in the southwest of Iceland. In the upper left corner of the image, you can see several eddies of sea ice off the coast of Greenland.

The absence of clouds makes it possible to view from a satellite image not only glaciers for which Iceland is famous, but also parts of the country covered with greenery. The vegetation stands out well against the background of ice and the dark blue waters of the Atlantic Ocean and the Arctic Ocean surrounding the island, which wash Iceland. The ESA called the photo taken as a rare and unique opportunity to see an entire state at once without any clouds on its surface.