In Africa, adopted the antelope 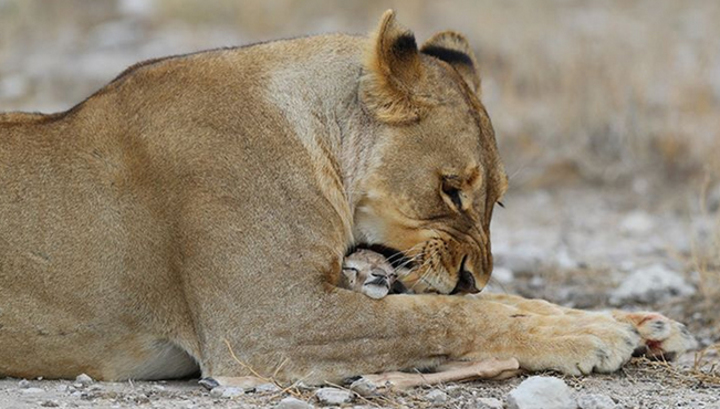 53-year-old photographer from New York Gordon Donovan captured a lioness in the African national park Etosha in Namibia, who adopted a small antelope jumper. The predator lost her children. The American waited for the lioness to tear the antelope, but this did not happen, reports the Daily Mail.

According to Donovan, shortly before the scene of the lioness’s cub, which was captured by him, a lion killed a captive flock. The previous male alien drove away. At some point, a mother left without children caught a small antelope, but instead of tearing her apart, she began to take care of the baby.

“By nature, you never know what to expect,” – concluded the photographer, adding that soon the lioness began to protect the antelope from her relatives.

However, Donovan admits that, perhaps, he could understand the scene of “friendship” between a lioness and an antelope wrong.

“There is a chance that the predator did not care for the baby, but tortured him, not letting him escape.” Lions like this, “the American said.

The photographer watched the lioness and antelope for more than two hours. What happened to the couple further, he does not know.