In Alabama, a huge boar was shot 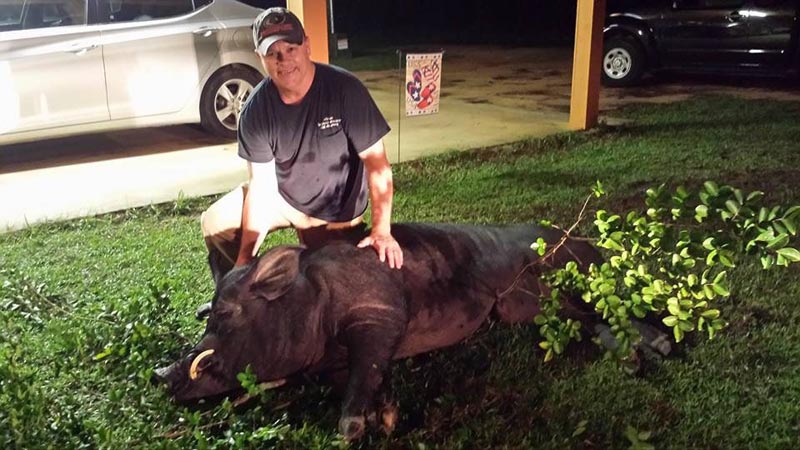 On the afternoon of July 11, in a house on his farm near the city of Samson, hunter Wade Sigot heard first barking his Schnauzer Cruzer, and then screaming his daughter.

Looking out the window, the man saw that literally five meters in front of the porch of the house is a huge boar, on which the dog barked. 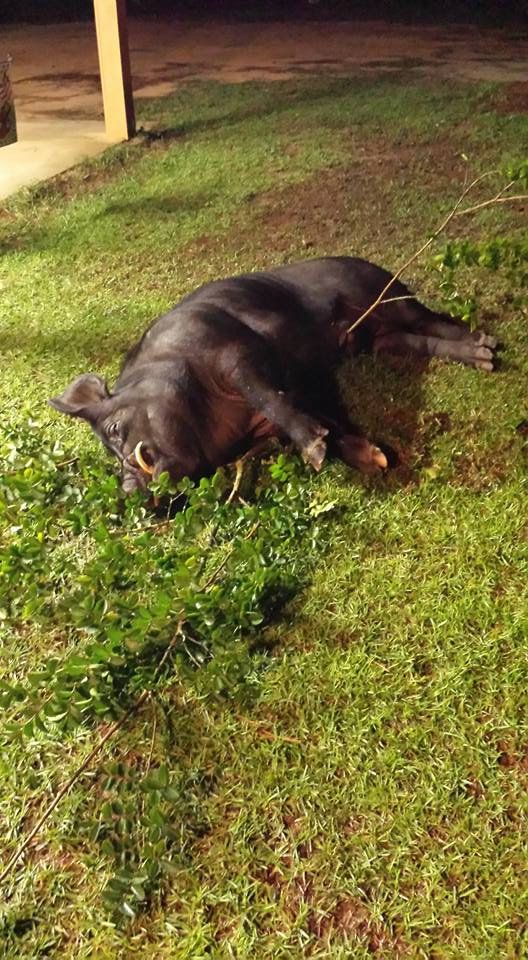 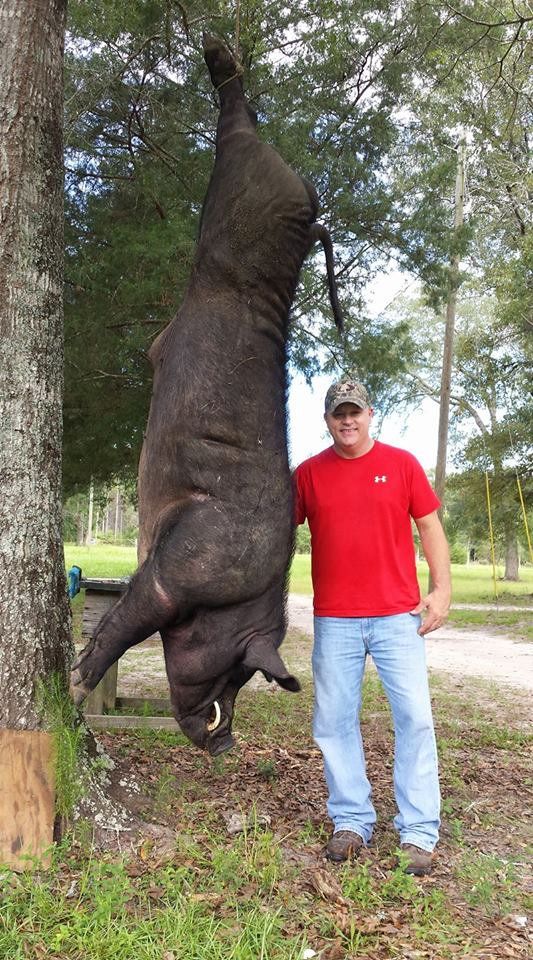 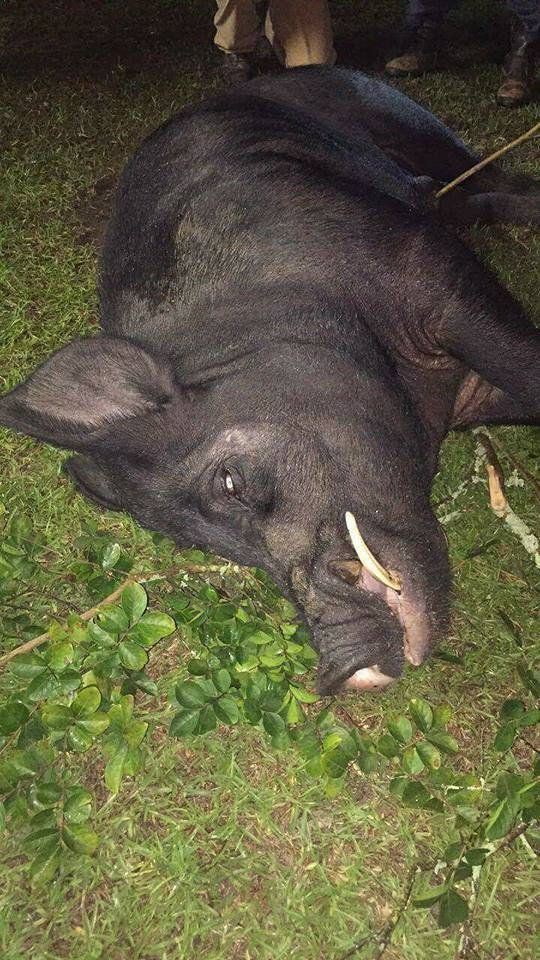 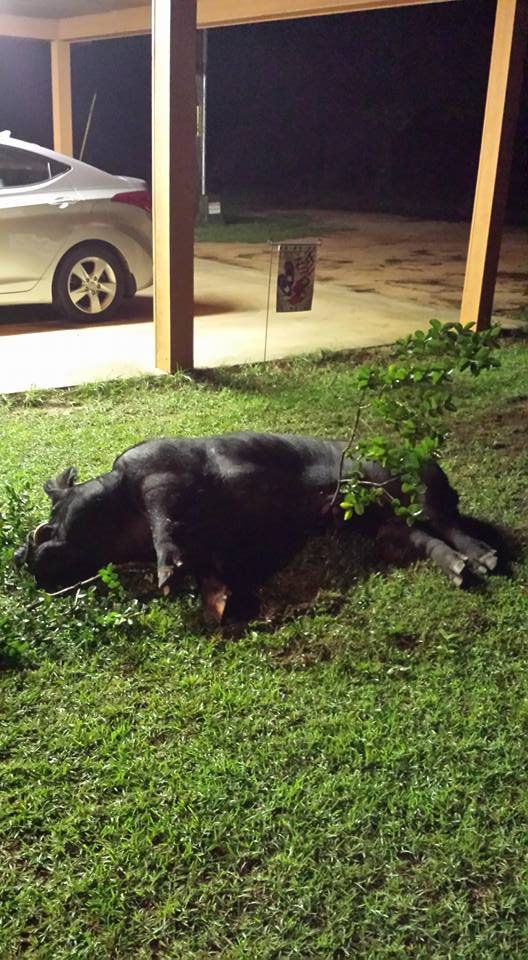 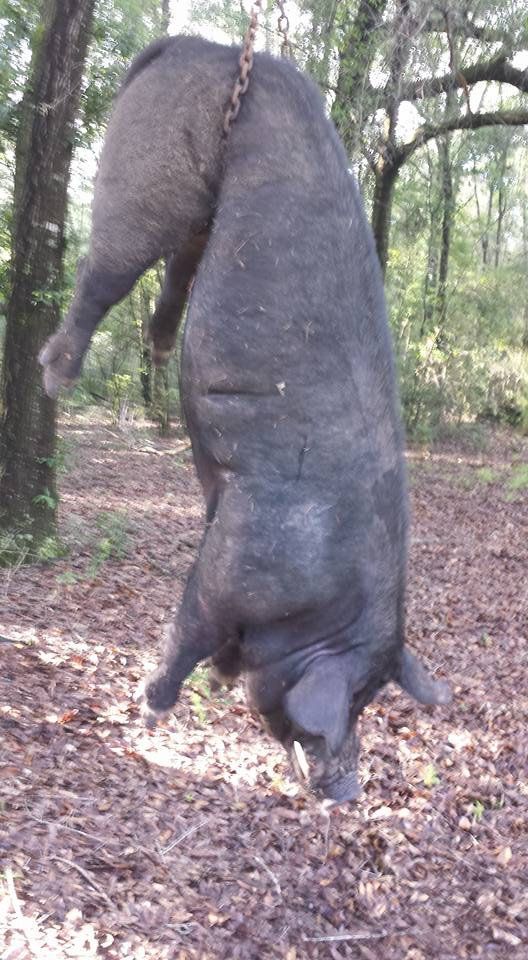 Fearing that the predator could attack the Cruiser, Sego grabbed a 38-caliber revolver stored at home, stepped out onto the verandah and fired three bullets into the boar, after which he fell.

According to the man, in the vicinity of his farm there are many wild animals, but wild boars of this size he did not come across earlier. In Alabama, there are no restrictions on the shooting of wild boars, and you can hunt them in private territory at any time. Moreover, the authorities encourage the shooting of these animals, as they regularly inflict multimillion-dollar damage to crops.