In Arkansas found a mysterious fire-breathing failure in the ground 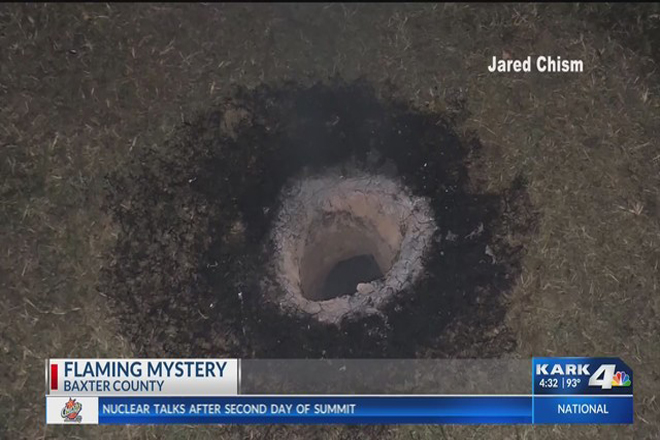 In the settlement Midway of the American state of Arkansas appeared mysterious fire-breathing failure in the ground, according to KARK.

According to the local fire service, from a hole with a volleyball ball within 40 minutes, a flame broke out to a height of 2.4 m. The depth of the hole is unknown.

According to eyewitnesses, they found a mysterious ignited hole on Monday morning. The cause of the failure is also unknown.

Local utilities reported that this had nothing to do with any communications. Geologists do not believe that the hole appeared due to a meteorite or geological reason. They note that there is no gas and oil in this area.

Excavations will be carried out to establish the cause of the failure.