In Australia, a crocodile hid for six months in the sewer 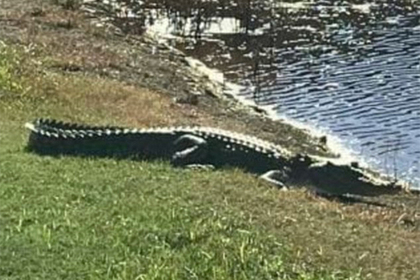 In Australia, six months later, it was possible to catch a combed crocodile. This was reported by the Daily Mail.

The reptile was 2.1 meters long and lived close to the aeration station near Port Douglas in the north of Queensland. For six months, the crocodile skillfully hid in a sewage treatment plant.

Reptile trapping experts eventually managed to catch him. Now the predator is delivered to the crocodile farm.

Douglas County head Julie Lee (Julie Leu) expressed relief that the reptile was caught, and now the life of the workers at the aeration station is not in danger: “The Council was worried about the presence of a crocodile in the sewage treatment plant. We are grateful to the Rangers for all the efforts to catch the reptile. ”

The ridge crocodile is considered one of the largest predators on the planet. Males of this species reach seven meters in length and can weigh up to two tons.