In Australia caught a huge crocodile 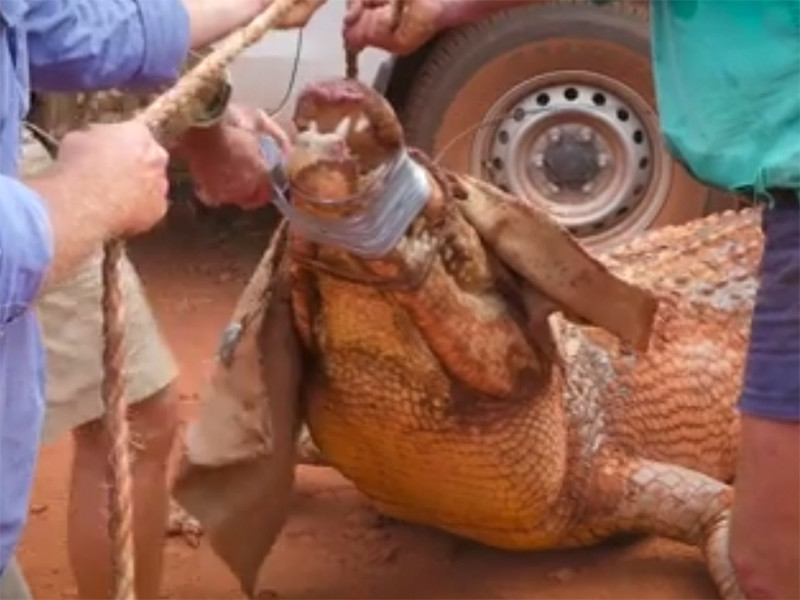 Law enforcement is one of the regions of Australia – Northern territory – caught in the Daly river, a huge crocodile, who ate the cattle of the surrounding farmers. The length of reptiles is 4.33 meters.

Representatives of the Australian police explained that the crocodile could pose a danger to people. Local farmers decided to approach the authorities after there were reports that a large crocodile had got into the habit of killing cows.

On Tuesday, August 30, experienced crocodile catcher Tommy Nichols, accompanied by representatives of the authorities of the region set in the river trap. In the end, the crocodile got: three people were needed to pull out of the water. After that, he brought the rope to the car, tied feet, was immobilized and taken to a crocodile farm.

According to local residents, the river is another a crocodile, much larger. Therefore, the crocodile hunter ordered to leave in the river yet another trap designed for a five-meter reptile.